(NEW … Read the letter of demand from the Liberty Counsel: Hutton Demand Letter)

Murray disclosed: “In an October 25 letter to Lou Ann Zelenick of The Tennessee Freedom Coalition, Stephen W. Eckley of Amerimar Enterprises, which owns the Hutton, wrote: ‘If you had made us aware at the outset what the content of the meeting was and that at least two of your speakers have a history of engaging people to the point that violence has been imminent, we would not have accepted the booking.'”

Murray continued: “Either Mr. Eckley is woefully ignorant of the facts, or he is lying.”When Zelenick booked the hotel on August 29, she told Curtis Hinton, Director of Events at the Hutton, that the official title of the conference was “The Constitution or Sharia: Preserving Freedom Conference,” and that it would consider the incompatibility of Islamic law with the U.S. Constitution.

“The hotel was also aware that the subject was controversial, only in that militants have decided that Islam may only be discussed positively — never critically. For that reason, the Hutton made us purchase an extra-liability insurance policy, at added expense,” Murray explained.

“Charging that two of our speakers have a history of enraging people to the point that ‘violence is imminent’ is absurd and libelous. None of our speakers has ever — I repeat, ever — advocated violence. There are people who will respond with violence to virtually any idea, concept, or event including beating opponent’s fans at baseball games. The outside possibility of a violent reaction from a small minority is no reason to cancel any conference, meeting or sports event in this nation.

“Is Eckley saying that the hotel won’t book conferences with controversial speakers, or just those of which the left and Islamists disapprove? U.S. groups associated with the Muslim Brotherhood — which does advocate violence, by the way — have used hotels across the United States. Would the Hutton refuse to book an event for the Council on American Islamic Relations or the Islamic Society of North America?”

Murray promised that conference organizers will pursue all avenues to compel the Hutton to abide by its binding contract, which can’t be legally abrogated by one party.

“Mat Staver, Dean of the Liberty University Law School — who was to speak to the Conference — is assessing our options and a demand letter will be forthcoming,” Murray noted. 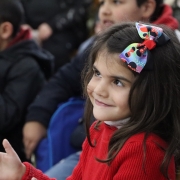