The rally at Ground Zero sponsored by Pamela Geller’s Stop the Islamization of America was a great success. The crowd filled two city blocks, many of whom brought flags and banners. Speakers included family members of those who died in the 911 jihad attack against our nation. Leaders from groups fighting the advance of sharia law in their own nations spoke as well.

Pamela Geller’s request I opened the rally with a prayer from my unique prospective of the events of the day of the attack:

I was on I-395 approaching the 14th Street Bridge near the Potomac River when American Airlines 77 struck the Pentagon. The impact shook the windows on my Jeep. Ironically, I was on my way to a press conference at the Rayburn House Office Building to promote the passage of the Sudan Peace Act, a bill opposed by the Bush White House, which was intended to help stop the slaughter of Christians in the Southern Sudan by the extremist Muslim government. With that day seared upon my mind, I would like to offer a prayer for the families of the victims of the Jihad attack on 9/11, and the thousands of innocent people who die every year in the name of Islamic supremacism.

Father, we pray, bring peace for the families of those lost during the jihad attack of 9/11, and comfort those who still suffer today. Bring healing to our land and wisdom to our leaders. Guide us Lord in righteousness to victory over Islamist evil in the world today, we ask in the name of our Savior. Amen.

And now, may the grace of the Lord Jesus Christ, and the love of God, and the communion of the Holy Spirit, be with all those assembled here today.

More information on this very successful rally to keep the spotlight on the reality of 911. While Washington and New York City Hall wants 911 to symbolize “volunteerism” it must always be remembered for what it was, the beginning of a great Fatah against the West.

More about the rally! 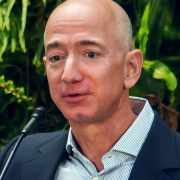