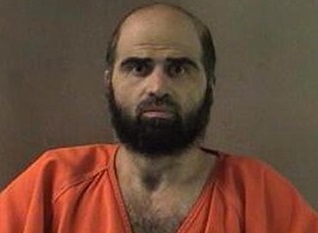 Editor: William J. Murray
Join me in a fact finding mission to Israel – Space now limited! – A once in a lifetime mission led by William J. Murray, William Federer and Frank Gaffney, all three experts on Israel and Islamic affairs. Not a standard “tour,” the mission includes visits to settlements and military bases plus evening panels. Read more

The Presidency
Obama’s godless army – In Obama’s new military, homosexual sex is fine, but praying or expressing one’s faith is not. Morality is upside down in Obama’s bizarre world – where good is evil and evil is good. It is a world where upholding traditional marriage between a man and woman can destroy your military career. It is also a world where Islam is elevated above Judeo-Christian values in Obama’s foreign policies. Read more Nidel Hasan has received more than $300,000 in pay from the Army since he shot down 13 soldiers at Ft. Hood

Ft. Hood victim attacks Obama Administration – Sgt. Alonzo Lunsford was shot seven times by Islamic terrorist Nidal Hasan during the Fort Hood massacre four years ago. Lunsford is angered by Attorney General Eric Holder’s refusal to file terrorism charges against Hasan, a Muslim who served in the U.S. Army, but hated America and sought to defend the Taliban. Read more
Congress
Congressmen defending faith in military – Rep. Louie Gohmert (R-TX) is working for an amendment to the defense authorization bill that will protect the right of Christians and those of other faiths to express their religious beliefs without fear of punishment. Read more
Christian conservative for President? – Texas Senator Ted Cruz, (R) an outspoken pro-life Christian conservative was in Iowa today speaking at the Iowa Renewal Project, a gathering of conservative pastors. David Lane, who heads up the renewal project said, “There’s going to be a major push in Iowa to get evangelicals registered and practicing in the civil government arena. You’ll elect every senator, every congressman, every state representative, every governor, every mayor, every city council member – you’ll own the whole deal if our constituency will engage.” Read more
No tax dollars for jihadists – The Religious Freedom Coalition has begun an online petition asking congressmen to speak out against any funding, military or otherwise, to jihadists anywhere in the world. The petition comes at a time the Obama Administration is furnishing help from the CIA, as well as cash and “humanitarian” aid, to jihadists fighting the secular government of Syria. Provide your name and zip code, and a copy of the petition will be faxed to your congressman free of charge. See petition here.
Religion and Culture
Pro-gay, anti DOMA decision will affect public schools – The recent Supreme Court decisions on Proposition 8 and the Defense of Marriage Act (DOMA) will have a negative impact on children in public schools in the near future, according to the Alliance Defending Freedom. Read more
American imam trashes Constitution and human rights – Muslim Imam Zaid Shakir recently spoke at the annual Islamic Society of North America-Muslim American Society convention in Hartford, Connecticut. He stated that Sharia law was superior to the U.S. Constitution and that Christians and Jews are dhimmi who must be submissive to Muslims. Read more
International Marte Deborah Dalelv has been detained in Dubai since the assault in March. She has now been found guilty of sex outside marriage, drinking alcohol without a license and perjury and was jailed for 16 months

Dubai: European jailed because she was raped – A young Norwegian woman has been sentenced to 16 months in jail after she reported a rape in Dubai. The 24-year-old was in the United Arab Emirates on a business trip when she was raped and reported the assault to the local police. Under the UAE’s Islamic Sharia law, rapists can only be convicted if either the perpetrator confesses, or if four adult Muslim males witness the crime. Read more
Egypt: Muslim Brotherhood declares war – Reports are that the Muslim Brotherhood will begin attacks against Egypt’s military compounds, military personnel, government buildings, and soft targets (houses, stores, and churches) in order to recover and secure their power over Egypt – then reinstate Mohammad Morsi as President. Read more
Sudan: Christians uprooted and killed – South Sudan’s secession has served as a pretext for Muslim President Bashir’s regime to bulldoze church buildings once owned by South Sudanese and to deport Christians based on their ethnicity. Converts are tracked down and killed. Read more
China: Model of America with no soul – On July 17th, Religious Freedom Coalition chairman William J. Murray spoke at a religious freedom rally on the lawn of the Capitol Building organized by the Falun Gong, a persecuted minority in China. Murray referred to China as a “model of America without a soul,” alluding to the 47% of the population who are self declared atheists. Read more
More from the Religious Freedom Coalition
New Chairman’s Report – Now available, the July 5th, 2013 edition of the Chairman’s Report for the Religious Freedom Coalition. This edition includes: – RFC chairman William J. Murray reports on his China mission / More RFC newspaper ads exposing the evils of Saudi Arabia / Suicide bombings for democracy and more. Read it here