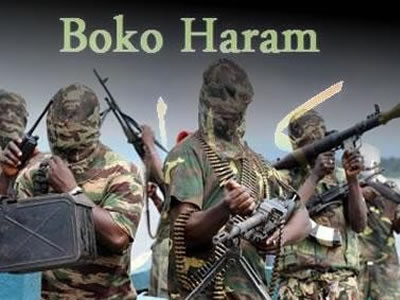 Islamic murderers in Nigeria. Christians are the target.

“Given the state of religious freedom abroad today, the sobering reality is that the commission’s voice is as needed as it has ever been,” U.S. Rep. Frank Wolf (R-Va.) said in a July 8 statement.

He said that the religious freedom commission has been “the voice of marginalized, oppressed and persecuted people who dare to worship according to the dictates of their conscience.”

The commission, which dates back to 1998, monitors the state of freedom of religion and freedom of thought, conscience or belief as defined by the Universal Declaration of Human Rights and other international agreements. The commission makes independent policy recommendations to the president, the secretary of state, and Congress.

“The commission can be relied upon to consistently give the unvarnished truth about the true state of religious freedom in countries around the globe, whether they are strategic allies or adversaries,” Wolf said, lamenting the “bureaucratic morass” he said afflicts the state department during both Republican and Democratic administrations.

Rep. Wolf praised the House’s “broad support” for the bill.

“As someone with deeply-held religious convictions, I believe that everyone has the fundamental right to profess their faith and practice their religion wherever in the world they may live,” Hultgren said.

“By nature, every human being is given certain rights, including the fundamental right of belief, which no government can justly attack. It is in the common interest of humankind to defend those persecuted for expressing their beliefs and practicing their religion.” She gave birth to a daughter in prison while her legs were shackled. She believes that the shackles may have endangered her baby’s health.

An appeals court dismissed her sentence on June 23. She and her husband were re-arrested the next day for allegedly forging travel documents, then released again. Her family is now at the U.S. Embassy in Sudan, hoping to move to the U.S.

Wolf stated that religious freedom is “under assault globally.”

Robert George, a prominent Catholic thinker who is a law professor at Princeton, finished his term as religious freedom commission chairman on July 1. Dr. Katrina Lantos Swett, President of the Lantos Foundation for Human Rights and Justice, was elected chairman, while George was elected to serve as a vice-chair.

Hultgren thanked George for his service as chairman and added that he looked forward to the leadership of Lantos Swett.

The Declaration Of Independence