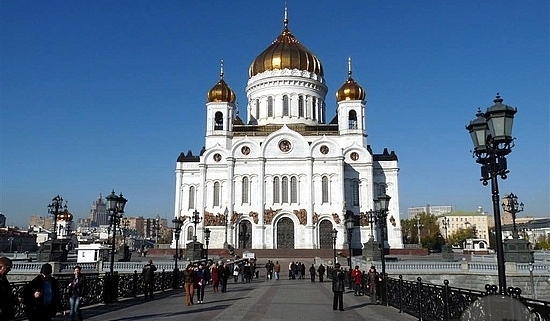 Advancing a Constructive Agenda for U.S. – Russia Relations to be held September 8 – 9, 2014 in Moscow, Russia Cathedral of Christ the Savior in Moscow, Russia

The current state of U.S. – Russia relations is coming to resemble the confrontational Cold War era. This is extremely harmful to both nations and underscores the urgency for a more proactive diplomacy to reestablish mutual security through political, commercial, scientific, educational, and cultural cooperation.

The World Russia Forum will be held at the President Arbat Hotel in Moscow, Plotnikov Pereulok 12, and will feature many insightful panels with the leading American and Russian experts including former congressmen such as Dana Rohrarbacher and Curt Weldon. Various subjects will be covered from economics to religion. Religious Freedom Coalition chairman William J. Murray will speak on the need for cooperation between the United States and Russia in protecting the persecuted Christian communities in the Middle East.

While in Moscow William Murray will also speak on the same subject at a conference held by social conservative organizations from Russia and Europe to be held in Moscow the same week. When Russia was still a part of the Soviet Union William Murray operated tours for evangelicals to Moscow and other cities to preach the Gospel and pass out Bibles at evangelistic events. He was in Moscow at the time of the first coup the same year the Soviet Empire collapsed.

Here is the schedule and preliminary list of speakers in alphabetical order:

Tuesday, September 9 at the Moscow State University
11.00 AM – 1.00 PM :
US – Russia Educational Cooperation
1.00 – 2.30 PM Lunch
2.30 – 4.30 PM General Discussion on the more proactive public diplomacy to advance US – Russia cooperation, including the establishment of a permanent structure similar to the old Committee for East – West Accord.