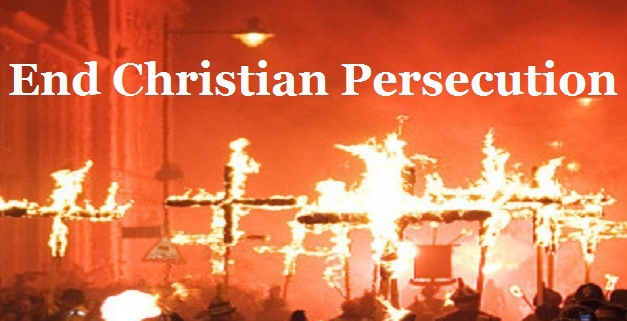 In this issue of the newsletter
Update:   HR-390 has passed the House – Your letters and calls made the difference
Update:   HR-390 must now pass the Senate under “rules of suspension”
New:        Family of concert suicide bomber fought on US side in Libya
New:        Obama/Hillary “Grand Plan” for Middle East spread jihadist terror

Your post cards and calls to Congress did the job! HR-390, the Iraq and Syria Genocide Emergency Relief and Accountability Act, was introduced by our friend Congressman Chris Smith on January 10th of this year, shortly after the 115th Congress began its first session. Within a few weeks the Religious Freedom Coalition began to mail tens of thousands of letters in support of HR-390 to Americans across the country.  Each letter contained personalized post card petitions for these Americans to mail to their congressmen and Senators. Since the first mailing in January, the RFC has mailed hundreds of thousands more letters containing post card petitions to build pressure on Congress. But by May there was still no movement on HR-390; it was being ignored by the Leadership of the House.

It was then that I began to publish the phone number of the House Majority Leader, Kevin McCarthy, and ask supporters of HR-390 to call his office to demand a vote on the bill.

Then on Tuesday, June 6th, I went on USA Radio news, which is heard on more than 500 stations in the United States, to explain the need for HR-390 and ask those listening to call Majority Leader McCarthy’s office, and I gave out his phone number right there on the air.

That very night the House Leadership moved the bill to the floor and passed it with an overwhelming vote!

The bill was placed on the floor for a vote under “rules of suspension.” A motion to suspend the rules can only be called on Mondays and Tuesdays and only be made by the Speaker of the House or their designee, which is usually the Majority Leader. Once the motion to “suspend the rules” is made, debate is limited to 40 minutes, no amendments can be made, and a two-thirds majority of Members present and voting is required to pass the motion.

To my dismay there was no roll call! The chair called for a voice vote and then declared that he had heard two-thirds say “yea”. There were no objections from any member, and HR-390 was on its way to the Senate.

But there is still work to do! Unfortunately, as of right now there is no Senate version of The Iraq and Syria Genocide Emergency Relief and Accountability Act.  In order to take advantage of this momentum, it is urgent you call your Senators at once, insisting they introduce and pass a Senate version of HR-390 right away!

Call (202) 224-3121 and ask the Congressional Switchboard Operator to forward to your Senators’ offices. Explain to the staff member in your Senator’s office why HR-390 is so important:

First, HR-390 will give assistance for victims of genocide

The bill directs the Administration to provide assistance to genocide survivors from Iraqi and Syrian religious and ethnic minority communities. Currently U.S. funds for aid to Iraq and Syria are given through the United Nations and the Iraqi government. Most Christians are not receiving this aid because they are not in the U.N. camps, where they are targeted for violence by Sunni Muslim gangs who control the camps. Christians often do not receive any “official” aid. H.R. 390 will fix that.

Second, HR-390 demands accountability for the perpetrators of genocide

HR-390 directs the Administrion to provide funding and support for entities that are conducting criminal investigations, building Syrian and Iraqi investigative and judicial capacity, collecting evidence, and preserving the chain of evidence for eventual prosecution. HR-390 also directs the Administration to review U.S. criminal codes to allow prosecution of Americans, or non-Americans present here in the United States, who may have been involved in the genocide of Christians or other minorities.  This is important because the Obama Administration allowed tens of thousands of Sunni Muslims to enter the United States from Syria and Iraq without proper vetting.

Third, HR-390 will give the victims of genocide priority refugee status

Right now 98% of the refugees admitted to the United States are Sunni Muslims.  HR-390 would give priority status to Christian refugees who are the actual victims of genocide, instead of ignoring them under current policy. Please call you Senators today!

Hillary Clinton’s “Grand Plan” for the Middle East brings terror to Europe! The family history of the Manchester suicide bomber who killed 22 innocent people including children, and wounded 116 on May 22nd is that the bomber, his father and brothers fought for a Libyan militia with ties to terrorist groups, the CIA and the United Kingdom’s spy agency MI-5.

The suicide bomber, Salman Abedi, accompanied his father and older brothers to Libya at the age of 16 for “jihad” against the secular leaning government of Muammar Gaddafi during Secretary of State Hillary Clinton’s grand plan to hand the Middle East over to the Muslim Brotherhood, thus “ending extremism.” The CIA as well as the Pentagon armed and trained various jihadist groups including the Tripoli Brigade. The actual salaries of the fighters were paid for by the “Gulf States” which translates into Saudi Arabia and Qatar.

The Abedi family’s travel from the UK to fight in Libya with jihadist groups was allowed by the UK despite a travel ban. MI-5 had encouraged UK residents and citizens of Libyan heritage to return to Libya to wage war against Muammar Gaddafi. Later, after they had received training and actually fought with jihadist linked groups, fighters such as those in the Abedi family were welcomed back to the United Kingdom.

Suicide bomber Salman Abedi, his brothers and their father Ramadan Abedi, fought in a unit of the Tripoli Brigade that eventually secured Tripoli from Gaddafi’s armed forces. Ramadan Abedi was an experienced military man, having served as an officer in Muammar Gaddafi’s internal security service until the 1990’s. He returned with his sons to fight in the NATO supported overthrow of the Libyan government in which he once served.

In support of the various jihadi brigades such as the one in which the Abedi family served, NATO flew more than 26,000 sorties and operated B-2 bombers from US bases for bombing runs. The cost of military operations by the United States alone was well over $1 billion not including “black budget” funds used by the CIA and DIA.

Numerous naval ships from NATO nations were used in the war on Libya. In just one day the United States fired 112 Tomahawk cruise missiles in support of the jihadist groups, and these missiles cost about $1 million each.

Fighters such as the Abedi family had a lot of support from NATO, including thousands of air strikes by the United Kingdom in the fight to overthrow the Gaddafi government. British SAS special forces were on the ground in eastern Libya prior to the onset of the air campaign and assisted “rebel” ground forces.

Oddly, one of the commanders of the Tripoli Brigade to which the Abedi family belonged, had gone through a CIA “rendition” from Thailand and was handed over to Muammar Gaddafi’s intelligence services and imprisoned. Abdel Hakim Belhadj, one of the Abedi family’s commanders, spent seven years in Tripoli’s notorious Abu Selim prison, where he says he was regularly tortured.

The commander claims that he and his wife, Fatima Bouchar, were grabbed by the CIA in Thailand and flown by way of a UK controlled airbase to be handed over to Libyan authorities. His crime in Libya was fighting with the Libyan Islamic Fighting Group in the 1990’s to oust Gadaffi. That group of Libyan jihadists was originally armed, trained and funded by the CIA to fight the Soviet Union in Afghanistan. After fighting for the United States against the Soviet Union in Afghanistan, most of the men returned to Libya to fight for a Sharia compliant government there.

To sum up: The CIA trained and armed a group of Libyan fighters to wage war against the Soviet Union in Afghanistan. When they returned to Libya to fight against Gadaffi, the CIA turned against them and sided with the regime. Later, under Obama/Clinton leadership, the CIA helped empty the Libyan prisons of jihadists so they could fight against the same regime the CIA had once protected. Many of those senior jihadists became the leaders of the Tripoli Brigade that the Abedi family of the Manchester bomber fought with against the Gadaffi government.

With me on this? It gets confusing because there have been cases in Syria, for example, in which the CIA changed sides literally in the middle of a battle.

The Tripoli Brigade’s current Commander, Mahdi al-Harati, is an Irish citizen, which is probably why the group has an English Facebook page. Many of those who fought jihad against the Gadaffi regime were European citizens, mostly from the United Kingdom. Because there is no functional government in Libya today, the Tripoli Brigade is still active there, as are most of the various militias formed in 2011 by the United States and the Gulf State nations such as Saudi Arabia.

The United States currently pretends that there is a functional government in Libya, although the capital, Tripoli, is split up among numerous militias including the Radaa militia which arrested and is holding Hashem and Ramadan Abedi, the brother and father of the Manchester bomber, Salman Abedi.

Radaa means “deterrence” in Arabic. Radaa is one of many armed Libyan militias resulting from the power vacuum caused by the overthrow of the secular government by the ill-fated Obama/Clinton campaign to unseat authoritarian regimes in the Middle East and replace them with democracies. The Radaa militia claims that Ramadan Abedi had confessed to being associated with al-Qaeda. The questioning techniques were not discussed.

Radaa was allegedly organized originally to combat drug and alcohol sales. Often those selling alcohol or drugs are sentenced to death in a militia trial. Alcohol and drugs are “haram” under Islamic Sharia law; thus it is obvious that Radaa is just another face of radical Islam, perhaps not as vile as al-Qaeda.

The various militias battling it out for control of Libya are, at their core, at some extreme end or the other of Islam. The Tripoli Brigade and the Radaa militia are just two of many that Muammar Gaddafi warned the West about. He also warned of the invasion of Europe by jihadists, such as those in the Abedi family who brought jihad and death to concert goers in Manchester.

In 2011 Muammar Gaddafi warned the then UK Prime Minister, Tony Blair, in two separate phone conversations that removing him (Gaddafi) would lead to an al-Qaeda take over and begin an invasion of Europe by radical jihadists. The transcripts of the calls are actually available.

Although much success has been proclaimed in the “war on terror” by Presidents George W. Bush and Barack Obama, the reality is far different. The United States and its NATO and Islamist Gulf State allies have made the disease of jihad more infectious and spread it across the world.

The American strategic concept of arming the “enemy of our enemy” does not work when both combatants have an equal hatred for America and democracy. What the United States and NATO allies have accomplished during two decades of interventionist doctrine in the Middle East is the destruction of several functional nations that were no threat to Americans, and the formation of terrorist groups bent upon the destruction of the West and the establishment of Sharia compliant governments worldwide. (End of Article)