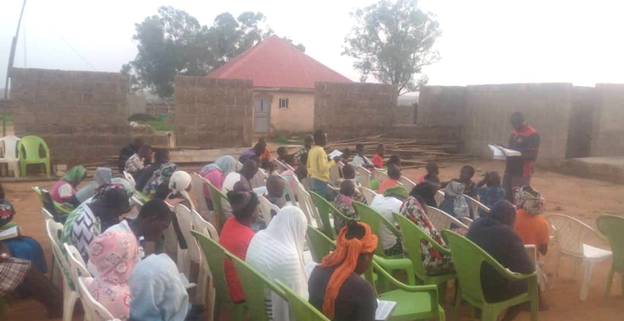 Silence is as evil as the deed – In April of this year in Saudi Arabia, 37 Shia Muslims were publicly beheaded in one day. Two of them were crucified afterward. One of those beheaded was a young man who had been accepted at the University of Michigan as a student.

In 2012 Mujtaba al-Sweikat, then only 17 years old, was arrested at an airport just before his plane was to leave for the United States. His crime? He had apparently made a social media statement in favor of democracy in Saudi Arabia. In Saudi Arabia that is considered “terrorism”.

He and the other 36 Shia Muslims, over a period of several years were tortured to the point of not even being able to walk.  Eventually they were forced to sign “confessions” to terrorism with their thumb print, probably because their hands had been too badly broken to be able to write their signatures.

Had any of the 37 actually committed acts of terror? Probably not. Every real act of terror in Saudi Arabia has been committed by Sunni Muslims who want to get rid of the king and establish a pure Sunni Muslim califate.

Virtually every terror attack in the world in the last thirty years was rooted in the Sunni version of Islam. The attack on 9-11 that “woke” America to Islamic terror was planned and executed by al-Qaeda, a radical Sunni Muslim organization funded by wealthy Saudis — and probably by the Saudi government. We will never know for sure if the Saudi government did any funding, because the 9-11 final report still has the references to Saudi Arabia blacked out.

Every terror attack by Muslims in the United States since 9-11 was done by Sunni Muslims. There were attacks before 9-11, and yes, they were all Sunni Muslims.

Every attack in Paris was Sunni Muslim, including the night club attack that killed 135 people and wounded over 400 in 2015. The same is true for the attacks in Nice, France and Brussels, Belgium.

Attacks in Russia, including the massacre at an elementary school in Beslan that killed 334 on the first day of school in 2004,  have all been by Sunni Muslims. So was the downing of a Russian passenger jet in Turkey carrying mostly women and children. There have been Sunni terror attacks in Germany and other European nations as well.

In every case there was some association of the killers to Saudi Arabia.

The Islamic State, also call ISIS, is Sunni Muslim. The Islamic State committed genocide of the Yazidis and murdered tens of thousands of Christians and Shia Muslims in Iraq and Syria. Entire Christian towns were wiped out in Syria. Sunni Muslims from all over the world came to do jihad in Syria. Tunisia, Saudi Arabia and Jordan supplied the largest number of ISIS fighters, but they came from as far away as China and Indonesia – and all were Sunni Muslims.

Why can’t we stop the terror? All Western leaders, including Presidents Bush, Obama and Trump refer to “our Sunni allies.” In other words, we are so tied in financially to the Sunni Muslim world that we have to place blame elsewhere. So we blame the Shia Muslims who are themselves mostly just victims of the Sunni Muslims. Iran is targeted because it is majority Shia.

The United States and the United Kingdom sell billions of dollars of arms to Saudi Arabia every year. The West also depends on the oil pumped by Sunni Muslim nations.

What is even more bizarre is that Israel is going along with this whole insane idea of arming its Sunni Muslim neighbor with the best weapons in the world. This brings to my mind the conversation between King Hezekiah and the prophet Isaiah in 2 Kings 20:17-18.

Which brings me to the subject of Nigeria, where Christians are murdered for their faith every single day by Sunni Muslims — and not one critical word is said by Western leaders to the Sunni Muslim president of Nigeria.

Last year I visited the orphanage we support in Nigeria for Easter, and an Easter program was presented in the chapel while I was there. This year, during Easter week a powerful rain and wind storm completely destroyed the roof of the chapel.

Emmanuel Ogebe, whom I traveled with to Nigeria in 2018 was at the camp at the time of this recent storm. He was there to deliver the funds to create the small farm our ministry had provided. He and the others had to take refuge in one of the childrens’ hostels until the storm had passed. The chapel only had one wall; three sides were open and the powerful wind was able to get under the roof and do the damage.

It is a setback, but it can be repaired. I hope to have an estimate to rebuild the chapel soon. If we can help, I would want to make sure that the structure is far more secure than the previous building. If we can, I want to build a safe, sturdy chapel for worship and studies.

If the estimate for the rebuilding arrives in time it will be on the last-minute update page.

We have made real investments in the orphanage, and it is far better today than when I first visited in April of 2018. We have installed a new water system complete with new wells and a new water tower. There is a new sanitation system, and now we have started a small farm.

With the increased number of assaults on churches, some during Easter, the number of Christian orphans will increase.

Please pray for the success of the farm. The produce from the farm will give the kids fresh vegetables which has been lacking. Protein is another issue we are working to address. Our ministry is not at a place where we can guarantee protein foods to the orphanage for a prolonged period of time. I do not want to give hope and then take it away.

These children, orphaned by Sunni Muslim terror, deserve better than gruel every day, and somehow  I am going to make sure they have a better diet. The farm is a start.

Please pray not only for the children and those who care for them, but also for our efforts to bring to the attention of members of Congress and to the American church body the continued suffering and bleeding of the church in Nigeria.

Our missions to help the persecuted church

Camp we support to close: Here is some good news. There are only nine families left at Camp Odrana in Dohuc, Iraq (Odrana means hope). For several years we have supplied water for the camp as well as diesel fuel for the generators.

One by one over the past two years the dozens of families who have lived there have made their way back to their homes, mostly on the Nineveh Plain to the south. Some of them who moved back to Bartella and Qaraqosh and who had new babies arrive have received diapers from our Diapers for Refugees program.

The last nine families will move out in June, just about the time I go to the Nineveh Plain to do inspections of our programs there. I really hope to meet some of the families that were at Camp Odrana.

Diapers for Refugees: Our Diapers for Refugees program in Jordan is small. Our Jordanian ministry partner has now requested help for elderly indigent Christian refugees who have special needs. When the Christian refugees had to leave their homes and flee before the brutality of Sunni Muslim jihadists, they of course brought their whole communities, including the elderly and disabled. Many of these do require adult diapers. The need for the diapers can be caused just as much by lack of medical care as by the underlying illness.

The refugees from Iraq and Syria are not citizens of Jordan and unlike citizens cannot receive medical care unless they can pay for it. As refugees they have little or no funds. Most of the elderly refugees in Jordan have no homes to return to. The homes have been destroyed.

The biggest issue facing special needs adults if they do not have diapers is lack of sleep. It is not possible to sleep normally without the diapers. Those who have received them from us are often thankful to the point of tears. Adult diapers are expensive in Jordan, about 50 cents each. That is a lot of money when it is against the law for them to work in Jordan, and most are unable to work at all because of their circumstance.

The lunch: Because of my many years on Capitol Hill I have become a fixture. Although I am a thorn in the side of the establishment, they invite me to numerous receptions and meetings probably because they think I have more influence that I actually have.

When Congress is in session, I have an open invitation to weekly lunches that bring in leaders of the House and Senate to report and accept feedback from those at the lunch. Even the White House sends a high-level official to the lunch. There is dread in the room when I raise my hand to ask a question.

As a member of the lunch, I can also ask for time to make presentations. On May 1st I did just that — I gave a report to the fifty representatives of major conservative Capitol Hill organizations on the situation in Nigeria and the refusal by the press to report on the continuing massacre of Christians.

I brought with me for the presentation Emmanuel Ogebe who is a human rights attorney licensed to practice law both in the United States and Nigeria. He arranges for our meetings in Nigeria, and had just arrived back from visiting the orphanage we help support. The roof of the chapel collapsed in a severe storm while he was there.

The room was silent as Emmanuel described a massacre at a church while he was in Nigeria. Every member of the church was killed by Muslim Fulani Herdsmen.

State Department pivot: I had high hopes when former Senator Sam Brownback was appointed by President Trump to be Ambassador for International Religious Freedom. But sadly, Ambassador Brownback is still an employee of the State Department and works for Secretary of State Pompeo who prefers war with China and Russia above any other concerns.

Under Secretary of State Pompeo, all efforts for “religious freedom” have shifted to helping the Sunni Muslims in China obtain an independent, Sharia compliant state of their own. Most of the news from the State Department on China is about persecuted Muslims. The persecuted Christians of China have been forgotten.

Please pray: Our work on Capitol Hill, in the Middle East and Africa needs your continued prayers. The needs are great, and we can only help a few, but my prayer is that those we help will have life changing experiences and grow closer to our Lord.

Diapers for Refugees: One million more diapers this year!
1 reply