I met Esther at the Ministerial to Advance Religious Freedom in Washington, DC the week of July 15th.

The Sunni Muslim terrorist group Boko Haram attacked the town of Gwoza in October 2015, and Esther was abducted with several other young women. Her Sunni Muslim captives bludgeoned her father in front of her eyes. She and others were carried away into the Sambisa Forest. Her father survived for a while, but died while she was a captive. Her mother had passed away earlier.

She was just 17 years old when taken.

The kidnapped girls were told they would be treated better if they converted to Islam, and some did. Esther refused. Because of her refusal, she was raped continually by countless men and became pregnant.

One day when she was five months pregnant, a fight broke out among members of the Boko Haram. During this distraction, Esther and some of the other women managed to escape. They walked with no food or water for three days until they came upon a military camp.

The Nigerian Army announced that they had “saved” the young women.

Esther was among many survivors of religious persecution that the State Department brought to Washington, DC for the Ministerial to Advance Religious Freedom.

Don’t trust the media coverage you may see or read about this event. Although Christians are the most persecuted group in the world today, the State Department brought in mostly “persecuted Muslims.”

Here is a fact: More Christians are murdered for their faith in Nigeria every year than all other killings based on religion in the entire world.

The show put on by the State Department was politically correct and found no fault with Sunni Muslims or Saudi Arabia.

Please join us in prayer for the Christians in Nigeria. 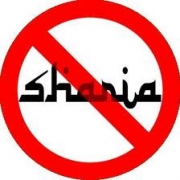