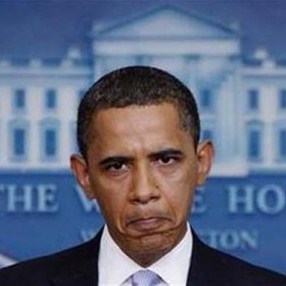 Obama, the debt and the bluff / Obama’s Voice of America says Islamists want reform / NBC gives Congress an apology for “under God” omission / Senate Bill on religious freedom / Sister Wives takes to the courts/ Another Muslim terror attack in India / Why so many anti-Israel UN resolutions? / Boko Haram kills again and again and again.
THE PRESIDENCY

“DON’T CALL MY BLUFF, ERIC” – Those were the words of President Barack Obama before he stormed out of a budget meeting this week. Immediately a massive media campaign, bordering on anti-Semitic, was launched by the mainstream media against Majority Leader Eric Cantor. Senator Harry Reid referred to him as “childish” and MSNBC went on what could only be described as a binge of hatred against Cantor. What did Eric Cantor do or say to cause this tantrum by President Obama and his allies? Cantor asked the President to be “specific” about what spending cuts he would agree to. The President’s position is: Give me what I want now and I will let you know sometime in the future what it is I am willing do in spending cuts. Who sounds childish?
OBAMA’S VOICE OF AMERICA – Today the headline at the Voice of America website run by the US government said, “Braving Scorching Heat, Egyptians Rally to Press for Reforms.” Reforms? The organizers, calling for a “million man march,” are accusing “secularists” of stealing the coming elections. The Sharia Association of Rights and Reforms also stated that Islamic sharia is the majority choice for Egypt, accusing secularists and liberals of trying to outflank the true preferences of the Egyptian people. The Question: Are the editors of Voice of America promoting Islamic sharia law in Egypt or is their reporting just totally inept?
THE CONGRESS
NBC APOLOGIZES TO CONGRESS FOR “UNDER GOD” FLAP- Let me say first that this would NEVER have happened if NBC was still owned by General Electric. Comcast, the new owner of NBC, has issued a formal apology to Congressman Randy Forbes (R-VA), the chairman of the Congressional Prayer Caucus, for deleting “under God” from the Pledge during the U.S. Open. Forbes and more than 100 other congressmen had written a letter to NBC complaining about the incident. The president of Comcast, Kyle McSlarrow, said: “We have made quite clear — internally and externally — that the employees who made this decision were wrong,” he said. “Not only were countless citizens justifiablly upset, but also the actions of this small group cast a negative light on NBC Universal.” He was very blunt: “It was an inexcusable mistake in judgment and it will not be repeated.” Have you read my book on the history of the Pledge of Allegiance?
SENATE BILL ON RELIGIOUS FREEDOM – Missouri Republican Senator Roy Blunt has recently introduced the Near East and South Central Asia Religious Freedom Act of 2011 (S. 1245). The legislation would give the Secretary of State the authority to name a Special Envoy to promote the religious freedom of religious minorities in the Near East and Central Asia. The Special Envoy would be an expert in human rights and religious freedom issues and would have the rank of Ambassador. Read more
RELIGION AND CULTURE
HONOR KILLINGS IN THE WEST – Each year thousands of young women are murdered by their fathers and brothers in the name of “honor.” Young women who have been raped are also killed because so many Muslims believe that the rape victim has “dishonored” the family by being raped. A solemn tribute video has been produced in the memory of young women who have suffered “honor killings’ in the West.
SISTER WIVES – In 2003 the Supreme Court in Lawrence v. Texas said that no law could be passed prohibiting sodomy or any other same-sex act. Justice Scalia said the decision would be, “the end of all morals legislation.” Actually Scalia was wrong: the case simply changed the morals of the nation legally. The case erased the line in the sand and led to same-sex marriage. Now the polygamist family on the series “Sister Wives” has filed a lawsuit against the state of Utah attempting to do for polygamists what the Lawrence V. Texas case did for homosexuals. The Texas case is being used as the basis of the suit. American Muslim men will be the chief benefactors of a victory. In the UK Muslim men can put up to four wives and as many children as they can have on the welfare roles. Coming to the USA soon!
CHAIRMAN’S REPORT BY WILLIAM J MURRAY
CHAIRMAN’S REPORT FOR JUNE 29th, 2011 – William J. Murray reports on President Obama, Congress and terrorism. This issue includes Obama’s drive to make us more dependent on energy from despotic nations and his release of oil from the Strategic Reserve. The genocide of Christians in the Sudan, which Obama is also ignoring while assisting Muslims in Egypt, is questioned. At the Capitol Peter King’s hearings on radical Islam in our prisons and the Child Interstate Abortion Notification bill are investigated. On the international front the continued slaughter of Christians in Nigeria by the Boko Haram is discussed. Also covered is the continued push for sharia law in Egypt by elements of the Muslim Brotherhood.
INTERNATIONAL

ANOTHER MUSLIM ATTACK IN INDIA – The Indian Mujahideen (IM), which has claimed eight other terrorist attacks over the last four years has claimed responsibility for the latest bombings in Mumbai (Bombay) which killed 23 and wounded many more innocent civilians. Some background: India at one time was comprised of not only the current land area of India but Pakistan and Bangladesh as well. The nation was divided to accommodate Muslims who wanted their own nation in 1947. All Hindus fled south into India. Not satisfied with their own Islamic nation, Muslims now want to terrorize India in the name of Jihad.
ANTI-ISRAEL UN RESOLUTIONS EXPLAINED – The UN Human Rights Council (UNHRC) has made the democratic state of Israel the target of incessant condemnation while neglecting its mandate to challenge the oppressive regimes around the world. A new, short, video uncovers the factors behind the United Nations bias against Israel. I encourage you to view the clip at Youtube.
BOKO HARAM KILLS DAILY – On average the Islamic group Boko Haram kills at least one innocent man, woman or child each day in Nigeria in the name of Mohammed. This week the group attacked a police station killing cops and stealing weapons. Sharia already exists in northern Nigeria but that is not enough for the group. “Boko Haram wants to establish god’s kingdom on earth through Islamic institutions, and establish sharia in all the states in Nigeria,” says Council on Foreign Relations’ John Campbell.
RELEASE ASIA BIBI NOW – Pakistani Christians are demanding the release of Asia Bibi, mother of five, who has been falsely accused of blasphemy and jailed for nearly two years. Blasphemy laws in Pakistan are used to blackmail Christians and steal their homes and land. This is just one more outrage. More at Pakistan Christian Post
CHRISTIAN INTERNET STORE
VISIT OUR INTERNET STORE – Our Internet store has more than books and CD’s. There is everything from candy to jewelry and all of it has a Christian theme. Unlike Amazon and other major Internet stores we do not sell porn and satanic materials right beside Christian books. Ours is a real Christian store with tens of thousands of items. Please take a look. The store is located at www.rfcstore.com
https://religiousfreedomcoalition.org/wp-content/uploads/2011/07/obamapouty3.jpg 286 286 Air Spark https://religiousfreedomcoalition.org/wp-content/uploads/2020/03/RFCFinal.jpg Air Spark2011-07-16 10:37:512011-07-16 10:37:51Report From Washington - July 15, 2011 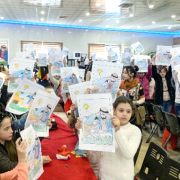 Chairman’s Report from Washington for July 20,2011
Scroll to top