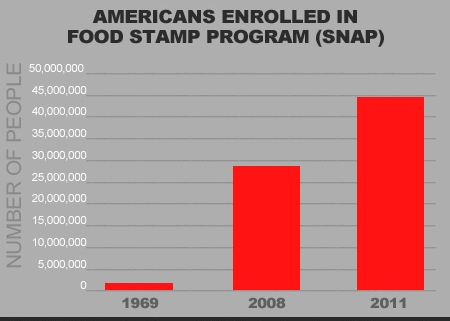 In this issue: Romney’s quick left turn / What are Obama’s “universal values? / Congressmen urge terror designation for Boko Haram / Food stamps DOUBLE under Obama / Constitution or Sharia Conference DVD’s available now / China seeks Muslim terrorists / Israel fact finding mission / Muslim lawyer pledges to “cover Russia in blood”
THE PRESIDENCY
ROMNEY MOVES LEFT FASTER THAN EXPECTED – Even before becoming the official GOP nominee for President of the United States, Mitt Romney has slapped social conservatives in the face. How? By hiring Richard Grenell, a radical homosexual activist, to be his foreign-policy spokesman. Read more
UNIVERSAL VALUES NOT AMERICAN VALUES – The new U.S. ambassador to Russia, Michael McFaul, said that in dealing with the former Soviet Union, he and the Obama administration would be advocating “universal values” and “not American values.” No word from the White House as to what a “universal value” is. Read more
CONGRESS
CONGRESSMEN DEMAND TERROR DESIGNATION FOR BOKO HARAM – Congressmen Peter T. King (R-NY), Chairman of the Committee on Homeland Security, and Rep. Patrick Meehan (R-PA), Chairman of the Subcommittee on Counterterrorism and Intelligence, called on Secretary of State Hillary Clinton to designate the Nigerian Islamist group Boko Haram as a Foreign Terrorist Organization (FTO). Their letter to Clinton was based on the bipartisan report entitled, “Boko Haram: Emerging Threat to the U.S. Homeland” and a related hearing. See report here RELIGION AND CULTURE
FOOD STAMPS DOUBLE UNDER OBAMA – Did the Lord direct Caesar or the faithful to care for the poor? If America chooses Caesar, then the government will replace the functions of the church, and government will become God to many. In 2008, taxpayers spent $38 billion on food stamps. In 2013, that figure will be $82 billion. Since 2007, the number of Americans on food stamps has skyrocketed 70 percent to 45 million people–or one out of every seven people living in America. See chart
MORE FROM THE RELIGIOUS FREEDOM COALITION
CONSTITUTION OR SHARIA CONFERENCE DVD – This is the complete set of DVD’s from the November 11, 2011 Constitution or Sharia conference in Nashville, Tennessee. The Constitution or Sharia: Preserving Freedom Conference, was the first true national conference on Sharia and the Islamization of America sponsored by major freedom oriented organizations! It was not just another educational conference. How do deal with and stop implementation of Sharia law in the United states was outlined by speakers and in panels. Order today
NEW APRIL CHAIRMAN’S REPORT – Now available, the April 19th edition of William J. Murray’s Chairman’s’ Report. IN THE ISSUE:The many attacks on religious freedom by the Obama Administration in the United States, and the Obama Administration’s efforts to establish Islamist regimes in the Middle East. Why the Obama Administration will not declare the Boko Haram a terror group.
LEARN MORE ABOUT SHARIA LAW – One of the best locations on the Internet to learn about Islamic Sharia law and its effect on the West is www.shariafreeusa.org FACEBOOK FAN? Sharia Free USA now has a Facebook page with more than 1,500 followers. Join with us at Facebook today!
INTERNATIONAL
CHINA SEEKS MUSLIM TERRORISTS – The government of China is seeking the arrest of six Islamic terror leaders in Pakistan who have organized attacks by the East Turkistan Islamic Movement (ETIM) in Xinjiang Province. Both China and the United States consider Pakistan an “ally.” This proves that both the Chinese and the Americans have fools running their foreign policy operations. Read more
HE WANTS ALLAH TO SLAUGHTER HIM – Not even a Western novelist with the wildest imagination could make this up: Saudi sports commentator Fahd Al-Raoughui said, “I’d rather have Allah slaughter me than see Saudi women at the Olympic Games.” Media clip and translation at MEMRI
ISRAEL FACT FINDING MISSION – A once in a lifetime mission led by William J. Murray, William Federer and Frank Gaffney, all three experts on Israel and Islamic affairs. Not a standard “tour,” the mission includes visits to settlements and military bases plus evening panels. Read more
MUSLIM LAWYER’S PLEDGE TO ‘COVER RUSSIA IN BLOOD” – The Russian government sells lots of arms to Islamic nations such as Pakistan. The government may want to rethink arming radical Muslim nations following a statement from Dagir Khasavov, a lawyer on REN TV demanding Sharia law in Russia. “Any attempts to stop this will result in blood. We will turn the city (Moscow) into a second dead sea,” he was quoted as saying.” Read more
BOOKS BY WILLIAM J. MURRAY
Now available at our online store. Books by William J. Murray