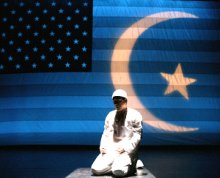 NASHVILLE, Nov. 9, 2011 /Christian Newswire/ — The Constitution or Sharia; Preserving Freedom Conference will take place at the Cornerstone Church in Madison, Tennessee, a suburb of Nashville, this Friday, November 11, starting at 10 AM.

According to William J. Murray, chairman of the Sharia Awareness Action Network (www.shariafreeusa.com), the conference organizer, yesterday, registrations passed 350. Between the day and evening sessions, close to 500 are expected to attend. When the venue was the Hutton Hotel, which breached its contract with the conference, fewer than 200 were expected.

“This will be the first national conference on Sharia and the creeping Islamization of America,” Murray noted.

Topics include: “Overview and Unity of Islamist Threat: Depth of Penetration,” “Sharia and Legal Action,” “Dehumanization of Women Under Sharia,” “Fighting Islamist Propaganda in the Media,” “Islamophobia: a Created Crisis to Crush Dissent,” “The European Experience,” “Grassroots Organizing Against Sharia, Including Mega-Mosques,” “The Muslim Brotherhood In America,” “Religious Persecution Under Sharia,” “Unmasking The Assembly of Muslim Jurists of America,” and “Defending Liberty In Legislatures.”

The Cornerstone Church has a reputation for championing First Amendment rights. Dutch MP Geet Wilders also spoke there on May 12, 2011.