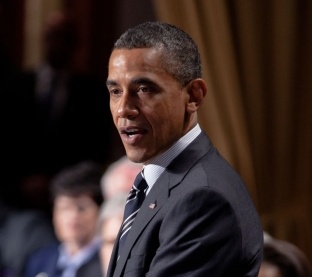 In this issue: Obama exposes Israeli military plans, then says Jesus wants people to pay more taxes / Obama’s continued attacks on the Catholic Church / Senator informs Obama that he is is not Jesus / Two Prayer Caucus backed bills pass House / Senator Rubio wants religious exemptions from Obama Care / Cherry picking the Bible / Occupy movement burns American flag and then goes anti-semitic / Dubai police chief says USA can’t be trusted and has actually helped Iran / Media may have discovered persecuted Christians / A real success against Islamic terror
READ MY NEW ARTICLE AT WND.COM – I have a new article at WND.COM about the election misbehavior of evangelical Christians. The article explains why evangelicals tend to jump on political bandwagons regardless of the beliefs or behavior of the candidates. Read it here!

THE PRESIDENCY
OBAMA OUTS ISRAEL – The Obama Administration has warned an enemy, Iran, that one of our allies, Israel, is about to attack its nuclear sites. Defense Secretary Leon Panetta informed the media this week that Israel was planning an attack on Iran within a few months. Iran now knows when to heighten its defenses and how to prepare a retaliation against the Jewish state.