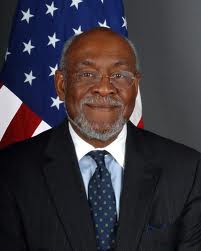 OBAMA ADMINISTRATION: KILLING CHRISTIANS IS NOT RELIGIOUS VIOLENCE – Assistant Secretary of State for African Affairs Johnnie Carson said Monday that “religion is not driving extremist violence” in Nigeria–just one day after a Christian church conducting an Easter service was targeted by a car bombing that left 38 dead. Similarly, on Christmas Day, the Nigerian Islamist terrorist group, Boko Haram, attacked a Catholic church in that country, killing more than 40 people. Read more
OBAMA WILL NOT EVEN CONDEMN SLAUGHTER OF CHRISTIANS – In my weekly update on Good Friday I predicted attacks on Easter Sunday at churches in Nigeria, Pakistan or even Egypt. Thanks to tight security at Egyptian churches, there were no successful attacks there, but 38 were killed in a car bombing of a church in Nigeria. There has been no condemnation for the attacks on Christian churches from the White House and indeed, a State Department spokesman has more or less let the terrorist group Boko Haram off the hook. For some reason, Secretary of State Hillary Clinton refuses to add the Boko Haram to the official list of terrorist organizations.
CONGRESS
CONGRESS ADJOURNED – The Congress is adjourned for Easter and Passover and will reconvene Monday, April 16th
RELIGION AND CULTURE
ATHEISTS: TAKE DOWN MARINE MEMORIAL – Originally erected back in 2003 by seven Marines grieving over lives lost in the war on terror, this site originally established for reflection has now become grounds for controversy. “It’s not a religious spot at all, it’s a place for the Marines to grieve and to grow to let go of their burdens of what they had in their soul, so they can go back down that hill and back into battle and put their own lives on the line,” says Marine widow Karen Mendoza. Her husband Ray was one of those original seven who climbed the hill that day, three of whom have since been killed in action, including Ray. Read more
ALCOHOL FREE UNIVERSITY? – Just imagine the uproar if a Christian group would suggest that alcohol not be allowed on a university campus. Fast forward, and a UK university may kick the booze off campus because Muslims see it as immoral. Read more
INTERNATIONAL
KUWAIT ADDS DEATH PENALTY FOR BLASPHEMY – Remember Bush the 1st and Desert Storm which liberated Kuwait … Is this what our service men and women died for, a nation that puts people to death for blasphemy against Islam? As Christians flee the Middle East because of the West’s refusal to help them, the “Islamic world” slips further into its dark past.
TURKEY TOPS IN HONOR KILLINGS – Since 2009 the number of honor killings in the “moderate” Islamic nation of Turkey has increased by 700%, officially topping 1,000 in the last year. Unofficially there are probably many times that number, as the nation is now ruled for the first time in its history by an Islamist Party. Expect a rise in honor killings in Egypt next, thanks to the United States having installed the Muslim Brotherhood as the new rulers. Read more
ANOTHER NATION FALLING TO SHARIA – Islamic militants fighting alongside Tuareg rebels in northern Mali are trying to impose strict Sharia law in Timbuktu. According to one resident of the ancient town, Islamists belonging to the Ansar Dine faction told local radio stations to stop playing international music. They also issued broadcasts telling women to ditch trousers for skirts and dresses. Read more
ANOTHER CHRISTIAN JAILED IN PAKISTAN – The mother of a 6-month-old girl has been wrongly jailed for more than a month, as Pakistani authorities have failed to file a charge sheet within the mandatory 14-day period against the young Christian woman falsely accused of “blaspheming” the prophet of Islam, her attorney said. Read more
MORE FROM THE RELIGIOUS FREEDOM COALITION
CONSTITUTION OR SHARIA CONFERENCE DVD – This is the complete set of DVD’s from the November 11, 2011 Constitution or Sharia conference in Nashville, Tennessee. The Constitution or Sharia: Preserving Freedom Conference, was the first true national conference on Sharia and the Islamization of America sponsored by major freedom oriented organizations! It was not just another educational conference. How do deal with and stop implementation of Sharia law in the United states was outlined by speakers and in panels. Order today
NEW CHAIRMAN’S REPORT – Now available, the Chairman’s Report for March 29th, 2012. IN THIS ISSUE: Child killer Mohamed Merah was encouraged by European appeasement / Labour Party candidate for mayor of London claims the words of Mohammed are “an agenda for humanity” / Winston Churchill would be at odds with the pro-Islamic society in UK today / UK man jailed for a year for insulting sharia law / UK Christians have no right to wear a cross at work / Moroccan teen kills self when forced to marry her rapist / Obama’s Egypt -The Muslim Brotherhood controlled parliament declares Israel the enemy / Are McCain and Obama targeting the Christians of Syria?
LEARN MORE ABOUT SHARIA LAW – One of the best locations on the Internet to learn about Islamic Sharia law and its effect on the West is www.shariafreeusa.org FACEBOOK FAN? Sharia Free USA now has a Facebook page with more than 1,500 followers. Join with us at Facebook today!
BOOKS BY WILLIAM J. MURRAY
Now available at our online store. Books by William J. Murray 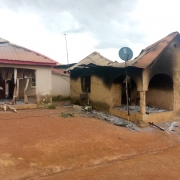