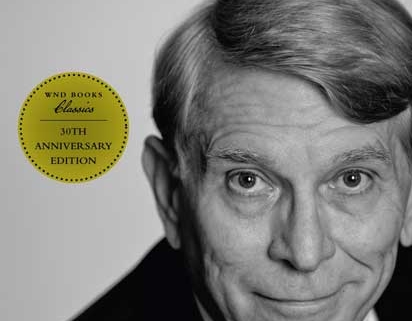 Murray, the son of the woman once known as America’s most famous atheist, Madalyn Murray O’Hair, recounts his journey from despair to everlasting love through the grace of God in his new book. It was in 1963 when O’Hair won a landmark lawsuit filed on behalf of her son that effectively banned prayer in public schools.

Murray, chairman of the Religious Freedom Coalition, now is sharing vivid details of his upbringing, the raging battles, his mother’s atheistic empire, his encounter with drugs and the embezzlement and kidnapping and murder that were linked to the disappearance of his mother, brother and daughter.

Murray is scheduled to appear on Huckabee’s radio show at about 12:30 p.m. Eastern Time on Friday.

Analysts note that Huckabee is challenging the preeminence of talk radio icon Rush Limbaugh, who broadcasts in the same time slot.

The former Arkansas governor has been in the headlines since finishing second to John McCain in the 2008 GOP primary, writing three books, starting a political action committee and launched of a popular Fox News show.

“More people know me from Fox News Channel than ever knew me from running for president,” he told Fox News’ Bret Baier at one point.

The electric-bass-playing southerner appeals to evangelical voters because of his background as a Baptist minister before turning governor.

He also served as chairman of the National Governors’ Association and was president of Cambridge Communications.

Huckabee describes himself as a defender of traditional values, saying, “I’m not a Wall Street Republican, I’m a Main Street Republican.” And he supports constitutional amendments aimed at banning abortion and defining marriage as being between a man and a woman.

In addition to the estimated 150 stations on which he debuted just days ago, his program also is available on www.ksfo.com and www.ktbl.com.

Huckabee said he’s grateful for the chance to “engage listeners on the important issues facing our country.”