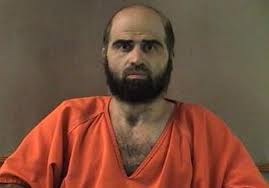 $400 OFF PER COUPLE ON ISRAEL FACT FINDING TOUR – A once in a lifetime mission led by William J. Murray, William Federer and Frank Gaffney, all three experts on Israel and Islamic affairs. Not a standard “tour,” the mission includes visits to settlements and military bases plus evening panels. Limited time for $400 discount!Read more

Obama and women – Equal rights for women (not) in Obama’s Arab Spring – Article 68 of the new Egyptian constitution states “The state shall take all measures to establish the equality of women and men in the areas of political, cultural, economic and social life, as well as all other areas, insofar as this does not conflict with the rulings of Islamic Shariah.” No complaint from Obama.
Obama says Bible publisher not religious enough – The Obama administration is claiming that a dedicated Christian publisher of Bibles and ministry material is insufficiently religious to qualify for an exemption to the contraception mandate in the president’s health-care overhaul. Read more
PAC ads say Obama favors Islam – Government Is Not God-PAC is now running ads exposing the various ways Barack Obama has displayed either weakness or favoritism toward the Islamic agenda. The PAC ads refer to Obama as Apologizer-in-Chief. See ads here
Congress
Congress adjourned for election – The Congress will hold no votes until after the November 6th election. Note: Committee chairmen can and have held hearings during recess periods.
Religion and Culture
Saudi textbooks full of hate – An appeal to the government of Saudi Arabia to stop publishing hate-filled textbooks was issued today by seven current and former heads of major American publishing houses. Leading it was Robert Bernstein, formerly chairman of Random House and founder of Human Rights Watch, who is now the chairman of Advancing Human Rights. He was joined by the publisher at Amazon, the publisher of Simon and Schuster, a Reuters editor-at-large, the editorial director of Broadside Books (HarperCollins), and other prominent publishers. Read more
Anti-Israel Muslim Zealot Represents U.S. – President Obama has just sent Muslim Public Affairs Council (MPAC) Director Salam Al Marayati to represent the United States at a human rights conference in Warsaw, Poland. Shortly after 9/11, Al Marayati claimed that Israel could be responsible for the bloody attack on New York and the Pentagon. Read more
Forced to learn Islam in Virginia school – An elementary school teacher in Chesapeake, Va. has been charged with simple assault after a parent claimed her daughter’s hand was cut open as a result of the teacher yanking her arm aggressively while trying to teach students an “Islamic hand sign.” Read more
International
BOSNIA – Persecution of Christians – Christians are massively leaving post-war Bosnia-Herzegovina amid mounting discrimination and Islamization, according to a new report. The EU and the USA supported the Islamization of Bosnia. Read more
THAILAND – Islamic terror – Buddhist monks have been hacked to death, clubbed to death, bombed and burned to death.The Islamic insurgency is just like radical Islam in Afghanistan and Somalia. Read more
UK – Yet another doctor who is a terrorist – Dr. Shajul Islam, 26, has been charged with his role in kidnapping British photographer John Cantlie and Dutch journalist Jeroen Oerlemans in July this year. Islam, from Stratford, east London, has a first-class degree in biochemistry and trained to be a doctor at St Bartholomew’s and a University of London hospital. Read more
EGYPT – Christian murdered for not handing over wife – Ali Hussein, a 35-year-old Muslim gang leader in Abdelmassih at 7:00 AM Sunday demanded that Hiyam Zaki Zaher, the 25 year old mother of two children, come live with him. When her husband refused to hand her over he was murdered along with his father. Welcome to Obama’s new Arab Spring Egypt! Read more
More From the Religious Freedom Coalition
New Chairman’s Report – Now available, the October 4th, 2012 edition of William J. Murray’s Chairman’s’ Report. This issue contains key information on the Islamic attacks on US Embassy and Barack Obama response of weakness and apology. Also covered is the Obama ordered arrest of a anti-Islamic movie producer to appease radical Muslims. See it here
Constitution or Sharia DVD – This is the complete set of DVD’s from the November 11, 2011 Constitution or Sharia conference in Nashville, Tennessee. The Constitution or Sharia: Preserving Freedom Conference was the first true national conference on Sharia and the Islamization of America sponsored by major freedom oriented organizations! It was not just another educational conference. How to deal with and stop implementation of Sharia law in the United states was outlined by speakers and in panels. Order today
BOOKS BY WILLIAM J. MURRAY
Now available at our online store. Books by William J. Murray