In this issue: The real meaning of Thanksgiving – Read the first Thanksgiving Proclamation / Thanksgiving proclamations of Presidents George Washington, Abraham Lincoln and now Obama / Proclamation of the first Congress / The Pilgrim experiment with collectivism / Pray for Christians in the Middle East this ThanksgivingThis special Thanksgiving update replaces the regular end of week Legislative Update that would have been distributed on Friday, November 23, 2012 Current Presidential proclamation – President Obama’s 2012 Thanksgiving proclamation is less politically correct than in previous years but still states that our strengths come “from our bonds to each other.” God is mentioned but once. “Places of worship” are listed with “community centers” and “places of fellowship” as locations to give thanks. Comparing the current proclamation to those given by Presidents Washington and Lincoln sheds light on the direction of our nation spiritually.
The House and Senate

Congress in recess – The House and Senate are in holiday recess the entire week and will reconvene on Tuesday, November 27th, 2012
Religion and Culture
The Pilgrims and collectivism – Had not the Pilgrims abandoned collectivism after just one year, the colony would not have survived. By the first Thanksgiving celebration, they had acknowledged God-given rights to private ownership and Biblical instructions about work, and were beginning to prosper. Read more
International
Prayers for our brothers and sisters in Christ – As we thank the Lord for His blessings to us let us pause and remember the persecuted and martyred Christians in lands such Syria, Iraq, Egypt, Nigeria, Pakistan and Indonesia. You can donate to assist Christian refugees from Syria.
A Psalm of Thanksgiving
1 Make a joyful shout to the LORD, all you lands!
2 Serve the LORD with gladness; Come before His presence with singing.
3 Know that the LORD, He is God; It is He who has made us, and not we ourselves;
We are His people and the sheep of His pasture.
4 Enter into His gates with thanksgiving, And into His courts with praise. Be thankful to Him, and bless His name.
5 For the LORD is good; His mercy is everlasting, And His truth endures to all generations. Psalm 100 -NKJV
Christmas shopping?
Books by William J Murray – Please consider some of the books written by Religious Freedom Coalition Charmain William J. Murray as gifts this year, such as his best selling autobiography My Life Without God. Visit our store today! 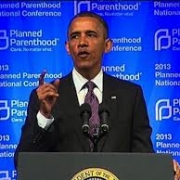 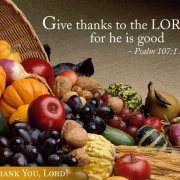