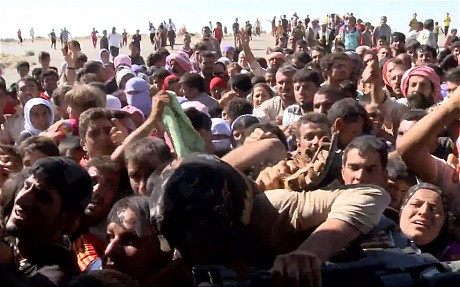 The Pentagon has confirmed that the United States will provide about 600 more troops to Iraq to “advise and provide logistical support” to the Iraqi Army as they try to recapture the city of Mosul from the Islamic State.

Iraqi Prime Minister Haider al-Abadi said in a statement that Barack Obama “was consulted on a request from the Iraqi government for a final increase in the number of trainers and advisors under the umbrella of the international coalition in Iraq.”

The Islamic State captured the city of Mosul in the Nineveh Plain of Iraq in June 2014. Mosul was home to many Iraqi Christians fled the city in order to spare their lives. Many of these Christians escaped to “refugee camps” in Iraq, Lebanon and Syria, where they live in abandoned buildings and slums in order to escape enslavement, torture or murder from the Islamic State. Iraqis rush helicopter for food and aid on a desolate mountaintop.

Currently, there are 4,565 US troops in Iraq as part of a coalition against the Islamic State that offers training to the Iraqi army.

Religious Freedom Coalition sponsors two programs to help Christian refugee families that escaped this persecution in Mosul, Diapers for Refugees and Christmas for Refugees. The Diapers for Refugeesprogram which aims to send high quality disposable diapers to these Christian refugee families located in camps around Erbil. Families in these camps are dying from diaper rash because of the inability to wash cloth diapers with soap and clean water. Due to the lack of diapers, mothers are forced to use donated clothing as diapers for their children, which still can’t be cleaned properly.

Christmas for Refugees Events in Jordan 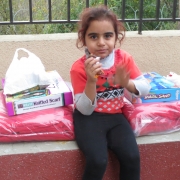 Christmas for Refugees in Iraq
0 replies