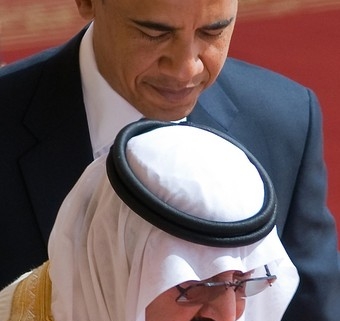 The Presidency
Obama’s FBI rewriting history on Islam – According to Tom Fitton with Judicial Watch: “The FBI is rewriting history in order to help Al-Qaeda. This shows that the law enforcement agency is in need of serious top-to-bottom reform.” The FBI is censoring and modifying hundreds of pages of materials on Islam to satisfy the desires of Muslim activists. Read more
Obama to deport German family over home schooling – The Romeike family fled their home country of Germany and came to the U.S. in hopes that they would be able to home-school their children – which is illegal in Germany – Obama and his liberal allies plan to deport them while allowing felons from Mexico to stay in the USA. Read more
Obama’s crimes in Syria – In this exclusive report Martin Janssen tells of his experience of a prayer walk in Amman, Jordan held on May 21, 2013 for the two abducted Syrian clergy, Greek Orthodox Archbishop Paul Yazigi and Syriac Orthodox Archbishop Yohanna Ibrahim. These Archbishops have been captured by the Obama supported Syrian “rebels.” Read more
Congress
Vast majority against McCain’s plan to arm Jihadists – Arizona Senator John McCain wants America to arm Jihadists to overthrow the government of Assad in Syria. But most Americans, including almost 66% of Republicans, are against it. A Pew Research Center in December found that only 27% of the American people want involvement in Syria. Read more
Rand Paul slams John McCain on Syria – Ran Paul stated that there are two ironies in McCain’s support of Al Qaeda and other foreign Jihadists fighting against the Assad regime: “The first irony is you will be allied with Al Qaeda. The second irony is most of the Christians are on the other side, so you may be arming Islamic rebels who may well be killing Christians.” Well said, Rand Paul. Read more
Jon Stewart comedy routine blasts John McCain – In a recent monologue, Stewart said, “Oh my God, John McCain is literally palling around with terrorists!” about a photo of the Senator with kidnappers. A McCain spokesman responded to the terrorist photo flap by saying that none of the “rebels” identified themselves as being involved in the kidnapping of 11 Lebanese Shiites last year. Stewart replied that’s “kind of the point — not everyone is going to be wearing their HELLO, I’M A TERRORIST name badge.” Read more
No tax dollars for jihadists – The Religious Freedom Coalition has begun an online petition asking congressmen to speak out against any funding, military or otherwise, to jihadists anywhere in the world. The petition comes at a time the Obama Administration is furnishing help from the CIA, as well as cash and “humanitarian” aid, to jihadists fighting the secular government of Syria. Provide your name and zip code, and a copy of the petition will be faxed to your congressman free of charge. See petition here.
Religion and Culture

Former Islamist tells why he hated the West – Maajid Nawaz, a British born Muslim, was once a radical Islamist who hated Western civilization and worked to destroy it. He has now changed his views and is working to stop the spread of Islamist thinking in the UK and elsewhere. Read more
VATICAN: 100,000 Christians a year killed for their faith – A recent Vatican report states: “credible research has reached the shocking conclusion that an estimate of more than 100,000 Christians are violently killed because of some relation to their faith every year. Other Christians and other believers are subjected to forced displacement, to the destruction of their places of worship, to rape and to the abduction of their leaders.” Read more
International
Iraq: Christians still being persecuted – Recent news out of Iraq indicates that Christians are continuing to suffer in a campaign of ethnic cleansing. The report from Mid-East Christian News reveals that human rights are routinely violated in Islamic nations. Only in Judeo-Christian nations are human rights truly protected. Read more
Syria: Monk describes attacks on Christians – An Orthodox Syrian Monk, whose name has been withheld to protect his identity, was recently interviewed by OrthoChristian.com. The Monk describes a terrifying crisis within Syria among Orthodox Christians. Read more
Egypt: “Legal” persecution of Christians – Thanks to President Obama’s engineering the ouster of Egyptian President Hosni Mubarak, the Muslim Brotherhood tyrants in Egypt are now “legally” persecuting Christians by claiming they insult Islam. Read more
UK: Muslim pedophile rings enslave British girls – One Police Chief Constable has warned that Muslim-run sex-slave gangs could exist in every British city. In fact, the Mirror reports that there are now at least 54 active investigations on sex-slave rings in Britain. These 54 Muslim gangs could be responsible for the molestation of thousands of young girls. Read more
More from the Religious Freedom Coalition
New Chairman’s Report – Now available, the May 23nd, 2013 edition of the Religious Freedom Coalition. This edition includes: Chairman Murray and other leaders pray at the Supreme Court / Saudi diplomats holding slaves in Virginia? / RFC Saudi newspaper ads roll out across the USA / New RFC video on Saudi abuses / “Christian Right” backs adulterer for Congress because he is Republican / More on kidnapped Bishops – READ MORE
My Life Without God – William J. Murray’s first book, My Life Without God, is now back in print, as 2013 marks the 30th anniversary of his atheist mother’s lawsuit to remove prayer from the schools. Murray writes of his life in the dysfunctional home of infamous atheist/Marxist leader Madalyn Murray O’Hair. Learn more

Hate crime violence by Muslims on upswing in Michigan
0 replies