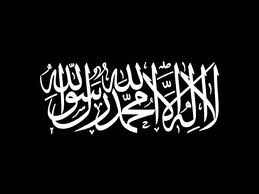 Editor: William J. MurrayIn this issue: Obama: Protect children from guns and abort more babies / U.S. needs U.N. permission but French don’t? / Does Nancy Pelosi run the House? / Pelosi appoints “Arab-American” as Chief of Staff / Senator Cruz on Obama’s “exploitation” of children / Rupert Murdoch worse than Al Gore? / U.K. politician arrested for statement on Islam / Muslim vigilantes in London enforce sharia.
The Presidency
Obama: Protect children from guns and abort more babies – What a contradiction: Obama on the platform with four children telling the nation that kids need protection from guns, and using the massacre at Newtown, CT as an example. During the Obama Administration, the amount of money going to the abortion industry has reached new heights, with Planned Parenthood receiving 45% of their budget from the government. In the last three years Planned Parenthood has murdered about 1,000,000 babies.
U.S. needs U.N. permission but French don’t? – The French government has begun bombing Islamists in Mali and has dispatched 2,500 troops so far. Rather than tell the French to get United Nations “approval,” Obama has congratulated their move. This is the same Barack Obama who as Senator insisted that the United States receive UN permission for any military operations. The Al-Qaeda forces have been well armed by our Libyan “allies.” The truth is the Arab Spring supported by Obama has created several failed states in North Africa that are now used by Islamists to attack “infidels.” Weapons sales and give-a-ways to these nations need to stop now.
Congress
Does Nancy Pelosi run the House? – Since the 113th Congress was sworn in, the two most important votes were controlled not by Speaker Boehner but by Minority Leader Nancy Pelosi. In the first major showdown on taxes and spending, the Speaker was unable to get enough Republican votes to pass his compromise bill that including raising taxes on those making over one million dollars a year. Nancy Pelosi took over and with the help of a few GOP members passed Harry Reid’s Senate bill. Next, the Speaker rejected the pork laden Senate bill for aid to the victims of Hurricane Sandy and offered a bill that did not send money to Alaska, Illinois and other states. GOP Tea Party Members still refused to vote for the bill as too costly. Again, Nancy Pelosi took control of the vote and managed to pass the much more expensive bill from Harry Reid’s Senate. With a divided caucus, Speaker Boehner has grown silent as he has no bargaining chips to deal with Obama, without the support of his Members.
Pelosi appoints “Arab-American” to chief – Nancy Pelosi’s office announced that her long-time chief of staff John Lawrence will retire and that his replacement will be Arab-American Nadeam Elshami who has served as her spokesman for years. Elshami, who has been a key advisor to Pelosi, was paid $172,500 by her last year. His mother, Zainab Elberry, is an activist for the Arab American Institute and worked to defend the construction of the mega mosque in Nashville.
Senator Cruz on Obama’s use of human shields – Newly-elected Texas Senator Ted Cruz was on the Laura Ingraham show this week to express his outrage over Obama’s shameless exploitation of children for his gun grabbing Executive Orders. Cruz told Ingraham that Obama was “exploiting the murder of children” and was “high on his own power” to push his anti-gun agenda. Read more
Religion and Culture

More taxpayer money, more abortions – Planned Parenthood reported receiving record taxpayer funding in the last reporting year, while also performing a record number of abortions. This was according to its new annual report released this week. The nation’s largest abortion provider maintained its infamous title, performing 333,964 abortions — a record for the organization, which received 45 percent of its revenues from taxpayer-funded government sources. Read more
Rupert Murdoch worse than Al Gore? – Fox News headliners have broadly attacked Al Gore for selling his TV network to Al-Jazeera, but their boss, CEO Rupert Murdoch, co-owns Al-Risala, an Arabic language network which is a full-throated supporter of the Muslim Brotherhood. This is because Murdoch owns an 18.97% stake in Saudi Prince Bin Talal’s Rotana Media group. Al-Risala, the flagship “religious broadcasting” television network of Rotana, is an odious mouthpiece for Sharia supremacists, anti-Western radicals, and general xenophobia, and regularly spews forth hatred of Jews and other “infidels.” Read more
Religious Freedom Day – January 16th was Religious Freedom Day in America, commemorating the anniversary of the Virginia Statute for Establishing Religious Freedom, which passed on January 16, 1786. In the Act, Thomas Jefferson wrote in part, “Be it enacted by the General Assembly, that no man – shall otherwise suffer on account of his religious opinions or belief; but that all men shall be free to profess, and by argument to maintain, their opinion in matters of religion -” Read more
International

UK politician arrested for statement on Islam – Kevin Carroll, the Chairman of the British Freedom Party, was arrested in the UK for making a comment on Facebook. One might wonder what this dangerous comment was — perhaps calling for killing someone, or inciting rebellion against Queen and country? Well, actually, no. It wasn’t anything like that. Speaking of Islam, this is what Kevin Carroll said: “They are all backward savages, a devil-spawned death-cult worshiping all that is unholy and barbaric. Pure evil.” Read more One version of the black flag of jihad. The text is actually the Islamic statement of faith (shahadah) . The flag image varies but is used by by those killing Americans in Afghanistan as well as America’s allies fighting against the Syrian government.

UK: Muslim Vigilantes in London – Muslim vigilantes are approaching Brits and demanding they behave in an Islamic way – in the middle of London. The hooded men, who call themselves Muslim Patrol, have apparently filmed themselves loitering around English streets and intimidating people. See video
Algeria: Islamist attack on Algeria – For several days the attack on a giant BP natural gas plant in Algeria has been on the front pages because hostages taken included Americans, British, French, Dutch and Japanese. After an attempted rescue in which 18 of the Islamists were killed, the Algerian government issued a report that they identified the dead men as being from Egypt, Libya, Tunisia, Mali and Algeria. Of course the United States is trying to say the continuing broad war against civilization by Islamists is caused by local issues including poverty.
More from the Religious Freedom Coalition

Video: What does it profit America to sell arms to the enemies of freedom?
Scroll to top