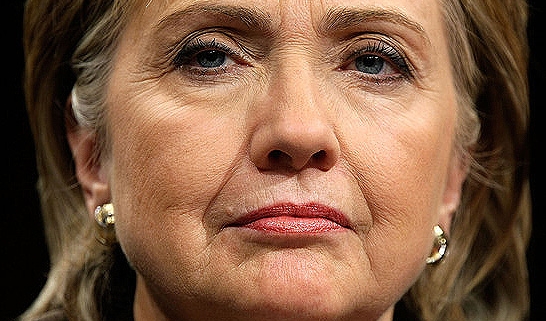 The current bloodbath in the Middle East is centered in formerly stable secular nations that the United States over several presidential Administrations attempted to “democratize.” Under Barack Obama – Hillary Clinton partnership the destabilization was dramatically increased in an effort to find an overall fix, a Grand Strategy. That Grand Strategy was soon found in an all-encompassing plan to bring peace and prosperity to the Middle East via the Muslim Brotherhood.

Abedin at the time was U.S. Deputy Chief of Staff at the State Department and had been a long time personal aide of Secretary Clinton. Abedin, whose mother and father were deeply involved in the Muslim Brotherhood leadership, convinced Clinton that to “control” the outcome of the Arab Spring and keep governments from falling into extremist hands, the United States must back “moderate” Islamist parties. Of course her “moderate” solution was the Muslim Brotherhood, an organization that works for the same end result as the Islamic State but is willing to get there at a slower pace.

The Obama/Clinton Grand Strategy for the Middle East was dealt with in depth in a Wall Street Journal article by Walter Russell Mead in 2013. Describing the Grand Stategy he wrote:

“The plan was simple but elegant: The U.S. would work with moderate Islamist groups like Turkey’s AK Party and Egypt’s Muslim Brotherhood to make the Middle East more democratic. This would kill three birds with one stone. First, by aligning itself with these parties, the Obama administration would narrow the gap between the ‘moderate middle’ of the Muslim world and the U.S. Second, by showing Muslims that peaceful, moderate parties could achieve beneficial results, it would isolate the terrorists and radicals, further marginalizing them in the Islamic world. Finally, these groups with American support could bring democracy to more Middle Eastern countries, leading to improved economic and social conditions, gradually eradicating the ills and grievances that drove some people to fanatical and terroristic groups.

From the beginning of the Arab Spring the Muslim Brotherhood was assisted by the Obama White House in taking over nations that had been secular leaning, including Tunisia and Egypt, under the guiding hand of Hillary Clinton. The attempts in Libya and Syria failed, but those nations are still bleeding as a result. The main victims of the Abedin/ Clinton plan accepted by the Obama White House have been the actual moderates, who are secularists, and of course the Christians.

The delusional concept that having a “moderate” Muslim Brotherhood in control will somehow restrain “extremism” is alive and well at the White House. A blind eye is turned to the fact that 90% of the jihadists from all over the world going to fight jihad in Syria and Iraq have used Turkey as their entry point. With the Muslim Brotherhood as an ally, it is not possible for the White House to be critical of anything Muslim. This may explain Obama’s empty and duplicitous response to the beheading of 21 Coptic Christians on a beach in Libya by the ISIL.

President Obama could find no religious motivation for the killings at all! His White House issued a statement saying: “The United States condemns the despicable and cowardly murder of twenty-one Egyptian citizens in Libya by ISIL-affiliated terrorists. We offer our condolences to the families of the victims and our support to the Egyptian government and people as they grieve for their fellow citizens. ISIL’s barbarity knows no bounds. It is unconstrained by faith, sect, or ethnicity.”

Well, the Islamic State had tried to make the religious element as clear as they could. They even produced a polished production video showing the 21 Christian men, hands bound behind them, being led one-by-one along a beach to their brutal slaughter. They could be heard crying out Ya Rabbi Yasou which translates as “Lord Jesus!” while others recited the Lord’s Prayer. The video, titled A Message Signed with BLOOD to the Nation of the Cross, is indisputably and intensely religious. The entire production is full of references to the Qur’an and the Hadiths of Muhammad.

In an article concerning the video production, theologian and scholar Dr. Mark Durie wrote: “The whole event was meticulously choreographed and rehearsed.  The video’s obvious purpose is to humiliate and terrorize Christians, whom it derisively calls, “The Nation of the Cross.” Still, Obama could not even bring himself to identify the victims as Christians, referring to them only as “citizens.”

Contrast this evasive response to the quick way he reacted a few days earlier when during a neighborhood dispute over parking spaces, three Muslims were gunned down. Immediately President Obama blamed their deaths on religious discrimination saying, “No one in the United States of America should ever be targeted because of who they are, what they look like, or how they worship.” Had President Obama known then that the killer was an activist atheist and a far left “progressive” Obama fan, he probably would not have said anything.

In the case of the parking lot dispute in which the victims were Muslims, FBI agents were immediately ordered in by President Obama to investigate possible Civil Rights crimes. Yet, when Major Nidal Malik Hasan killed thirteen fellow soldiers plus one unborn baby at Foot Hood in 2009 while shouting “Allah Akbar,” President Obama saw the “crime” as “work place violence.” Within hours he asked the nation to be “constrained” and not blame Islam or Muslims for the death toll.

The White House will not even refer to the Islamic State by name and uses the initials ISIL in all official statements. To say the name that the organization calls itself is even taboo at the White House because the word “Islamic” is a part of that name.

The logic for this refusal was made clear by Obama’s Secretary of Homeland Security, Jeh Johnson, in a Fox News Sunday program on February 22nd.

Johnson said, “To refer to ISIL as occupying any part of the Islamic theology is playing on a battlefield that they would like us to be on. I think that to call them some form of Islam gives the group more dignity than it deserves frankly.” Identifying Islamic terrorists as Islamic gives them “dignity” is the liberal logic.

But the Obama Administration has no problem using the term Christian to identify terrorists even if they are not Christian. State Department spokeswoman Marie Harf on MSNBC must then have given “dignity” to Joseph Kory’s Lord’s Army when she called it a “Christian militant group.” In reality Kory’s group is a strange mixture of religions including animism. His recognition of Jesus is just about as authentic as is the Islamic version of Jesus. Even so, Kory’s army is at most responsible for 1 act of terror for every 10,000 acts of terror by Islamic groups in the world today; this is not to say that he should not be brought to justice quickly.

During his interview on Fox News, Secretary Johnson did let slip the real reason why the Obama Administration does not use the word “Islamic” when describing terror, and where the term “violent extremism” came from. Muslim leaders in the United States don’t want the Obama Administration to refer to Islamic terror as Islamic terror. Johnson said, “The thing I hear from leaders in the Muslim community in this country is, ‘ISIL is attempting to hijack my religion’.” This non-diplomatic translation of the remark would be “The Muslim Brotherhood affiliate CAIR does not want the term Islamic used in a way detrimental.”

Because of ties to the Muslim Brotherhood, the Obama Administration is trying to fight the shadow of fundamentalist Islam, which is terror, without identifying what casts that shadow of terror on the world today. A people, a nation that refuses to identify its enemy cannot defeat that enemy. It is not possible to defeat a shadow; the figure that casts the shadow must be defeated. Until there is an Administration in Washington, DC that is willing to identify and fight the enemy of Western civilization, there can be no lasting success.

William J. Murray is chairman of the Religious Freedom Coalition and director of the Christmas for Refugee program which provides Christmas meals and events for Christian refugee children from Iraq and Syria.

This column first appeared at WND.COM