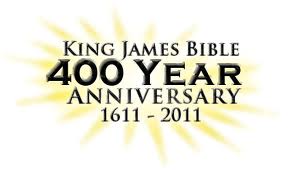 THE PRESIDENT, WAR, TERROR AND ISLAM

THE PEACE PRIZE PRESIDENT – From the day he announced he would run for president, the media has depicted Barack Obama as a genius and the proof was his being a Harvard graduate. (Of course George W. Bush, who was also a Harvard graduate, was depicted as an idiot.) Obama received the Nobel Peace Prize after serving just a few months in office. Since receiving this humanitarian award, he has fostered revolts in the Middle East that have caused thousands of deaths and allowed the slaughter of Christians and other religious minorities in Muslim nations without as much as a token protest of these human rights abuses. The failure of the Nobel Committee to recall Obama’s “peace prize” is proof that it is a political rather than humanitarian organization.

The Obama Administration is either ignoring or encouraging the power grab by the radical Islamic groups in Egypt.  Nagib Gibrail, a Coptic Christian who heads the Egyptian Union of Human Rights, told the Jerusalem Post in April that the Egyptian revolution has been kidnapped by Islamist radicals. “There are areas in Egypt where Christian girls can’t walk outside after eight o’clock in the evening for fear of being kidnapped,” Gibrail told The Media Line. “Moderate Muslims should be more scared than Christians.  It is very worrying that the military regime hasn’t issued a statement declaring Egypt a secular state.”

Far from declaring Egypt a secular state, the only election so far has been to “amend” the constitution to allow religious parties, i.e. the Muslim Brotherhood, to participate in elections. The Egyptian military has also stopped its cooperation with Israel in containing terror in the Gaza Strip. New and more powerful weapons are now entering Gaza from Egypt including very sophisticated missile systems. One such missile was used to attack an Israeli school bus in April.

POISON GAS SHELLS TO FIRE AT ISRAEL – An Iranian ship was stopped at the Port of Suez after artillery shells containing poison gas were discovered onboard. The ship was headed north toward Lebanon. Most likely the shells were intended for use by Hezbollah to shell Israeli cities. The Obama Administration is totally AWOL when it comes to assisting our ally Israel and has attempted to downplay the incident.

THE CONGRESS ON RELIGIOUS FREEDOM AND TERROR

JOHN MCCAIN FRONTS FOR OBAMA – On Good Friday morning Senator John McCain toured Benghazi, Libya and made some rather bizarre and contradictory remarks. He said he was there to “learn who the rebels are” and then later said that the rebels fighting dictator Muammar Gaddafi are “my heroes.” Why would the aging Senator call a group of Muslim fighters, some of whom formerly fought and killed our troops in Afghanistan, “heroes?”

Barack Obama is continuing the legacy of previous presidents by destroying the last vestiges of secular governments in North Africa such as in Egypt, and they are being replaced by extremists Muslims; and Senator John McCain is all smiles about the result. McCain’s comments must sound odd to the families of the men who have died at the hands of the LIFG (LIBYAN ISLAMIC FIGHTING GROUP). The LIFG are the experienced fighters who have returned to join the “rebels” and who are now the primary trainers and leaders of the rebel forces.

OVER ONE BILLION A DAY – I spend most of my time on Capitol Hill when Congress is in session, and it continues to amaze me how the minds of liberals there work. The United States is paying nearly $1.5 billion a day in interest on the national debt. Liberal congressmen say that cutting anything from the more than $3.5 trillion budget for 2012 will starve children and the elderly. Just imagine how many children and elderly could be fed using the money that is paid to the Chinese and the Saudis in interest each month! We need to cut the debt. About 40% of Obama’s $3.5 trillion budget for next year will have to be borrowed. This has a real effect on our national security and is one of the driving forces behind Barack Obama’s appeasement of radical Islam.

SENATOR REID DROPS “UNDER GOD” FROM PLEDGE – In the Pledge of Allegiance the words “under God” appear in this context: “One nation, under God, indivisible, with liberty and justice for all”. When quoting the Pledge on the Senate floor Reid stated, “one nation indivisible” and left out “under God.” This tendency to “forget” about God seems to be a frequent problem with the President also. “In God We Trust” is the national motto, although President Obama has falsely stated in several speeches that the motto is “E Pluribus Unum”. He also regularly leaves the phrase “endowed by our Creator” out of the Declaration of Independence when quoting it. Does this surprise anyone?

CONGRESSIONAL RESOLUTION ON KING JAMES BIBLE – In this year of the 400th anniversary of the publishing of the King James Bible, Congressman Robert Aderholt (R-AL) has introduced H. Con. Res. 38, which recognizes the contribution which the King James Version of the Bible has made to American law, language, history and culture. The Resolution notes that “the teachings of the Scriptures, particularly read from the King James Scriptures, have inspired concepts of civil government contained in our founding document, and subsequent laws.”

The Resolution also notes that the King James Bible is the most printed and widely distributed work in history. President Andrew Jackson called it “the rock upon which our republic rests.” The Resolution ends with these words: “Resolved by the House of Representatives (the Senate concurring), that Congress expresses its gratitude for the influence it (the KJV) has bestowed upon the United States.” The Religious Freedom Coalition delivered a letter to Congressman Robert Aderholt, thanking him for introducing this Resolution.

HILLARY CELEBRATES THE MOSQUE AND ISLAM – The first ever U.S.-Islamic World Forum, a large black tie gala at the Andrew Mellon Auditorium, was held in Washington, DC on April 12, 2011, with Hillary Clinton giving the welcoming address.  Hillary told the audience how glad she was for the “chance to celebrate the diverse achievements of Muslims around the world.” This is especially so since, as Hillary said, “Islam has always been a part of American history.”

Well, that is a new rewriting of history that came in with the Obama administration. It would have been almost impossible to find a mosque in all of America in the country’s early days, and our nation’s first major interaction with Islam was the thrashing of the Barbary pirates by U.S. Marines in our first foreign war. The war against the Berber Muslim pirates was led by President Thomas Jefferson. The war centered around Tripoli in Libya … YES … The same Tripoli that Barack Obama and Senator John McCain want to hand over to radical Islamists.

LIBERAL MEDIA: GZ MOSQUE IS SECULAR – As the Ground Zero Mosque construction continues to be delayed, the left wing media do their best to portray the proposed mosque as a mostly secular community center which would be a wonderful asset for the city and would already be reality if not for the mean spirited opponents who have raised so many obstacles in the way. In a puff piece for the Los Angeles Times, Geraldine Baum gives a sympathetic description of real estate developer Sharif el-Gamal, whom she seems to view as bravely persevering in the face of unfair opposition. Not once are his numerous arrests, financial defaults or tax liens mentioned. The alliance of the left and Islam can be characterized as odd at best. Those who promote same-sex marriage are promoting a so-called religion that publicly hangs homosexuals.

MUSLIMS NOW CONTROL IVORY COAST – With the help of the French military, the Christian president of the Ivory Coast has been deposed and a Muslim government has been installed. The media and the White House have depicted the Christian president as a corrupt strongman who would not honor a fair election, but this is not true. Senator James Inhofe, who is an expert on Africa, told me that this was a disaster which will lead to destabilization in other surrounding nations such as Nigeria.

IRAN EXECUTES CHRISTIANS, JEWS – Iran secretly tried and then executed a Jewish-Armenian couple along with three others in March. The arrests and executions continue to show that religious minorities are persecuted under the Islamic regime which President Jimmy Carter helped establish while he was in office. The Administration of Barack Obama had no comment on the executions which were reported by Mohabat News. Other Christians, including a pastor, are missing after being arrested. One of three churches in Egypt destroyed by Muslim Salafis during the first three weeks of April, 2011

EGYPT: THREE MORE CHURCHES DESTROYED – In the first two weeks of April three attacks on churches were undertaken. The latest of these incidents took place in the village of Kamadeer, in Samalout, Minya province on April 5, which escalated to the point where it was feared the church would be torched and demolished, as was done in the case of St. George and St. Mina Church in the village of Soul, Atfif, on March 5th.

CLEARED THEN MURDERED FOR BLASPHEMY – No, this is not a repeat of the story I wrote about in November, 2010. Mohamed Imran was wrongly accused of insulting Mohammed, a crime that is punished by death in Pakistan. Being proved innocent is normally as much of a death sentence as being found guilty. Every person ever found innocent and released has been murdered by Muslim vigilantes. Two gunmen burst into the shoe shop where Imran sat and shot him numerous times in front of his friends. Two high level politicians, Punjab governor Salman Taseer and minorities minister (and Christian) Shahbaz Bhatti, have been assassinated this year for criticism of Pakistan’s blasphemy laws.

On April 5th, 2011, 40-year-old Arif Masih, a Christian from Faisalabad, Pakistan was arrested and accused of ripping the pages of the Holy Quran and writing a threatening letter to the Muslims. The complaint was lodged on the testimony of Shahid Yousaf, a neighbor he was having a property dispute with. If he is found guilty he will be executed. If he is found innocent, Muslim vigilantes will track him down and kill him.

PALM SUNDAY ATTACK IN PAKISTAN – Tensions are still running high in Pakistan where hundreds of Muslims on Saturday attacked the Christian village of Khokarki. The Muslims had organized a demonstration against a Christian man, Mushtaq Gill, and his son for allegedly desecrating the Qur’an. The mob wanted to “punish them publicly” before any police investigation was actually carried out.  The United States will give $3 billion dollars of our tax money to Pakistan this year. Meanwhile another church was bombed in Baghdad, Iraq on Easter Sunday. Not much damage was done because of blast walls, but seven were injured.

GOOD FRIDAY DISASTER AVERTED IN INDONESIA – Indonesian Muslim Jihadists planted several bombs, one weighing nearly 1,000 pounds, near a cathedral in Serpong, just west of Jakarta. Some were placed under a gas pipeline to cause large numbers of casualties. The bombs were timed to explode as Christian worshipers arrived at the church to celebrate Good Friday. And yes, we give our tax dollars to Indonesia as well.