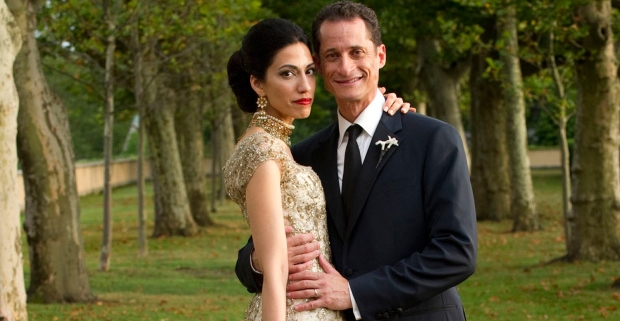 PRESIDENCY
GATES SAYS NATO ERA OVER – When your alliance crumbles, who are your allies? In his final days as Secretary of Defense under Barack Obama, Robert Gates made it very clear that the North Atlantic Treaty Organization was failing. Speaking of Libya he said, “The mightiest military alliance in history is only 11 weeks into an operation against a poorly armed regime in a sparsely populated country, yet many allies are beginning to run short of munitions, requiring the U.S., once more, to make up the difference.” Gates said most nations in the alliance do not meet the funding or manpower requirements and that he doubts Congress, facing escalating debt, will be willing to continue to be the backbone of NATO.
OBAMA’S FAILED IRAN POLICY – A Rand Corp. researcher, Dr. Gregory Jones, released a report stating that Iran will have sufficient nuclear material to build a 40 kiloton bomb within 8 weeks. His research states that the world has gone past the point that would allow Iran’s nuclear program to be stopped with airstrikes and only a costly invasion and military occupation would work at this point. When Barack Obama moved into the White House there was still an opportunity to stop Iran from becoming a nuclear nation; however, he decided on “engaging” the totalitarian nation in talks. Combining this nuclear development with NATO’s poor performance against Libya and probably failure as an alliance, nearly assures Iran emerging as a world power. Congressman Weiner and his wife Huma

WEINER’S JEWISH MUSLIM ISSUES – There is a death sentence under sharia law against any non-Muslim man who marries a Muslim woman. Congressman Anthony Weiner is married to Huma Abedin, a Muslim woman who is a top aide to Secretary of State Hillary Clinton. Her parents were devout Muslims who chose Saudi Arabia as their home, and her father was an Islamic scholar before his death. It seems that Congressman Wiener may have bigger problems than sending x-rated twits to strange women, as he has dishonored a Muslim family. Read more
AND SORT OF RECESS – The House was in recess this week, but the Senate continued to “work.” Under the leadership of Majority Leader Harry Reid, the Senate conducts virtually no real business. The lone vote this week upheld a reduction in credit and debit card “swipe” fees. Wal-Mart and other major retailers wanted a reduction from about 44 cents to 12 cents a swipe, saying they would reduce their prices to customers. I certainly look forward to the 32 cent reduction in my overall bill the next time I grocery shop. What a joke! This is the government picking winners and losers yet again, as in GM and Chrysler. Profits were taken from banks and given to big box stores and consumers will never see a dime of benefit. MINNEAPOLIS SOMALI SUICIDE BOMBER – A Muslim Somali woman living in Minnesota has identified her stepson as the suicide bomber who killed peace keepers in Somalia. Farah Mohamed Beledi died in the blast. The woman, looking at a photograph of the bomber this week said through an interpreter: “It is him.” The Bush and Obama Administrations have moved tens of thousands of Somali Muslims to Minnesota since 9-11. Many work in the airline industry cleaning aircraft, since their illiteracy rate is high and most do not speak English. A large number of Somali men from Minnesota have “disappeared” in the last year to practice jihad. The FBI, who thought the bomber was another Minnesota man, has since confirmed Beledi as the bomber.

INTERNATIONAL
EVERY FIVE MINUTES A CHRISTIAN IS MARTYRED – Every year 105,000 Christians are killed because of their faith. This shocking figure was disclosed by Italian sociologist Massimo Introvigne, representative of the OSCE (Organization for Security and Cooperation in Europe) in a report titled “Combating Intolerance and Discrimination against Christians”, at the International Conference on Inter-religious dialogue between Christians, Jews and Muslims, sponsored by the Hungarian Presidency of the European Union (EU) in Gödöllo, near Budapest. “Every five minutes”, Introvigne said in his speech, “a Christian is killed for his faith.” Read more
SHARIA FOR EGYPT? – On May 28, 2011, the Egyptian daily Al-Yawm Al-Sabi published an article by Mamdouh Isma’il, an attorney for Egyptian Islamists and former jihad activist, titled “The People Want an Islamic Egypt.” In the article, Isma’il called on Egyptians to turn out en masse for demonstrations demanding the establishment of an Islamic state in Egypt. Read more
RELEASE ASIA BIBI NOW – Pakistani Christians are demanding the release of Asia Bibi, mother of five, who has been falsely accused on blasphemy and jailed for nearly two years. Blasphemy laws in Pakistan are used to blackmail Christians and steal their homes and land. This is just one more outrage. More at Pakistan Christian Post

Christmas for Refugees in Iraq
0 replies