The cross of Christ is offensive and a symbol of death to those who are perishing, but it is a symbol of resurrection and life to those of us who have accepted Jesus as our Savior. There is no clearer example of this biblical truth than the outrage expressed by David Silverman of American Atheists over a girder in the shape of a cross from the vicious Islamist jihad attack on America of Sept. 11, 2001. American Atheists has sued the memorial, claiming that the display of this cross, formed from molten steel as the World Trade Center buildings collapsed killing thousands, offends atheists and violates the “separation of church and state.” Such a claim is nonsense, of course, but it shows the depth of hatred that atheists have toward any public expression of Judeo-Christian symbols

American Atheists’ hatred of the cross and Christianity is long standing from the days of the organization’s founding by my Marxist mother, Madalyn Murray O’Hair, who for decades proudly billed herself as the “most hated woman in America.” Her anger against God and the free-enterprise system at one point led her to attempt to defect to the Soviet Union. This hatred for God eventually led her to file one of the lawsuits leading to the removal of prayer from this nation’s public schools.

Many of my mother’s lawsuits were more than outrageous; they were ludicrous, such as the one filed to bar astronauts from praying while in orbit in outer space. David Silverman has followed her example of extremism with the current lawsuit against the National September 11 Memorial & Museum.

The steel beam cross Silverman and his group find so offensive is but one of more than 1,000 other artifacts on display in the Museum from the 9/11 Islamist attack, and it is not even on display yet. In 2011, this same group expressed outrage over a New York City street sign that honored seven firefighters who died trying to save lives on that horrific day of the jihadist attack. The sign said “Seven In Heaven Way.”

American Atheist leader David Silverman opposed the street sign then because it “implies that heaven actually exists. … Heaven is a specifically Christian place. For the city to come up and say all those heroes are in heaven now, it’s not appropriate.” Apparently certain words such as “heaven” are now off limits in public usage even as a street name.

The American Atheists in 2005 filed a lawsuit that ultimately forced the state of Utah to remove from along its highways the memorials to fallen state troopers. Beside removing the memorials to the officers, the courts ordered the state of Utah to give American Atheists $338,000 for being “offended” by the sight of the crosses marking where the troopers had died!

The atheists’ offense at the cross continues unabated.

Never deterred by logic or the Judeo-Christian heritage of our nation, the American Atheists are now claiming that the display of the 9/11 memorial cross is causing them physical and emotional trauma. They have actually claimed in their lawsuit that the existence of the cross has caused them headaches, indigestion and mental pain. They demand that the museum build them a 17-foot high “A” to honor atheists, or else remove the cross – despite the fact that the museum is a private, not a public, entity.

Lawyers for the 9/11 memorial say that the cross “comprises a key component of the retelling of the story of 9/11, in particular the role of faith in the events of the day and, particularly, during the recovery efforts. … [the 9/11 Memorial Museum] is “not in the business of providing equal time for faiths, we are in the business of telling the story of 9/11 and the victims of 9/11.” The museum has asked the Court to dismiss the case brought by the cross-hating atheists.

The atheists’ claims of being damaged because of being offended may be ridiculous but they are also a serious concern, because courts have astonishingly in the past found in our Constitution the “right not to be offended,” although it appears nowhere in that document. In some cases, displays honoring Christian faith have been removed from public view because atheists found them “offensive.” The danger with any court or other legal entity agreeing with this argument granting the right “not to be offended” is that free speech is eliminated.

The right “not to be offended” and free speech are not compatible. There can be no free speech in a nation where it is against the law to be of offense to anyone. This is clearly demonstrated in Europe, where even well-known individuals have been threatened with jail or actually imprisoned for offending groups such as Muslims or homosexuals. 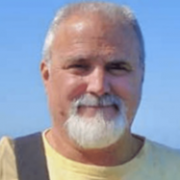