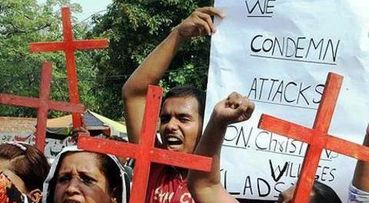 The Sequester Scare part 2- At midnight last night the sequester took effect, and the United States did not collapse as President Obama said it would. The military has not been shut down and there are no five hour delays at airports. Obama even released hundreds of convicted felons illegally in the United States to scare the American people into backing his tax increases. None of it worked. Why? There are no real cuts in spending in the sequester. The cuts were made only to the proposed increases in spending for 2012.
Direct aid to terrorists – Unhappy that the black flag of jihad is not flying over Damascus, the Obama Administration is now considering direct military aid to the two year old jihadist rebellion against the secular government of Syria. Obama claims the “sequester” has destroyed the readiness of our military, but at the same time says he can somehow find tens of millions of dollars to arm the “rebels” in Syria who are trying to overthrow the secular government there.
See no Saudi evil – Last week I reported on the arrests of 53 Ethiopian Christians in Saudi Arabia for the “crime” of praying in private. The White House seems to approve of the arrests of the Christians, while condemning the arrest of an anarchist band in Russia after they defiled the altar of a church. I wrote a lengthy op-ed on the Administration’s support of intolerance and evil in Saudi Arabia which has appeared in several places including WND.COM. See my column here – Three minute video version below – Please share!
Click here to send a free fax to your congressman urging him to speak out against Saudi persecution of Christians. Please act today!
Congress

Congressman speaks out on Saudi evil – So far only one lawmaker has spoken up about the latest abuse of Christians by the Saudi Arabia monarchy/dictatorship. Rep. Jeff Fortenberry, (R-NE), who sits on the Caucus on Religious Minorities in the Middle East said, “Nations that wish to be a part of the responsible nations of the world must see the protection of religious freedom and the principles of reason as an essential part of the duty of the state.” Read more
Muslim congressman spokesman for racist group – Congressman Keith Ellison refuses to explain his association with the anti-Semitic, anti-white Nation of Islam. Newspaper reports from the 1990’s indicate Ellison was an activist for Louis Farrakhan’s Nation of Islam, even speaking on behalf of the controversial group as a “representative.” During his first campaign for Congress, Ellison claimed he had never been a Nation of Islam member. Read more
Prayer Caucus fights abortion mandate – The Congressional Prayer Caucus, founded by Rep. Randy Forbes, has recently filed an amicus brief with the U.S. Court of Appeals for the 10th Circuit in support of Hobby Lobby’s challenge to the abortion mandate in Obamacare. The abortion mandate forces Christian-run businesses like Hobby Lobby to provide abortion, contraceptives, and sterilization resources to their employees. Read more
Facebook.com/ReligiousFreedomCoalition for daily posts!
Religion and Culture
20th Anniversary of first WTC attack – This week marked 20 years since the first Islamic jihad attack on the World Trade Center. The first Islamic attack on the WTC killed six and injured over a thousand. Just eight years later, the second Islamic attack on the WTC brought down the towers killing 2977. From these attacks the American establishment has learned nothing and the demise of Western civilization may be the result. Read more
International

UN: Turkey’s PM calls Zionism a “crime against humanity”  – At a United Nations conference with Secretary General Ban present, Turkey’s Prime Minister Erdogan stated that Zionism is a “crime against humanity.” None present, including the representative from the United States, was critical of his statement. Read more
Turkey: How democracy died – Religious political parties were banned in Turkish elections for decades and freedom thrived. When the Muslim Brotherhood party was allowed to run, it won and both freedom and democracy are now vanishing in Turkey. Read more

Nigeria: 16 die during phoney Muslim cease fire – Weekend attacks on mourners in Nigeria’s Plateau and Kaduna States in Nigeria killed 16, including six at a funeral. The Islamic Boko Haram, under military pressure from the government, claimed a cease fire but are not honoring it as more Christians die. Read more.
Join me in a fact finding mission to Israel – A once in a lifetime mission led by William J. Murray, William Federer and Frank Gaffney, all three experts on Israel and Islamic affairs. Not a standard “tour,” the mission includes visits to settlements and military bases plus evening panels. Limited time for $400 discount! Read more
More from the Religious Freedom Coalition
New Chairman’s Report – Now available, the February 8th, 2013 edition of the Religious Freedom Coalition Chairman’s Report. In the current issue: William J. Murray answers a CIA “specialist” who claims democracy will “moderate” Islam / Saudi cleric pays $50,000 fine for raping and murdering his six year old daughter / UK judge lets Muslim rapist walk because he was taught “women were worthless” by his religion / UK politician jailed for critical Facebook comment on Islam
My Life Without God – William J. Murray’s first book, My Life Without God, is now back in print as the 30th anniversary of his atheist mother’s lawsuit to remove prayer form the schools approaches. Murray writes of his life in the dysfunctional home of infamous atheist/Marxist leader Madalyn Murray O’Hair. Learn more
Christian Bookstore and more – books, CD’s, DVD’s, cards and much more available at the Religious Freedom Coalition Internet Store. Please visit today!