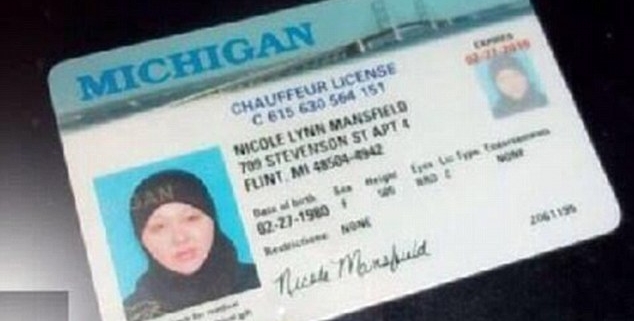 More Religious Freedom Coalition newspaper ads run: Our advertising campaign to expose the evil that emanates from Saudi Arabia has now run in six newspapers in five states. The ads exposing the brutal treatment of Ethiopian Christian guest workers have affected five congressional districts. The ads have two goals; the first is to educate the public about the brutality of Saudi Arabia, which is the heart of Islam in the world. The second goal is to reach congressmen on key committees who have the ability to affect American policy toward the despotic dictatorship run by the Saudi royal family.

As the program grows, the ad centering on the brutality toward Ethiopian Christians will be just one of several that are planned. The current newspaper ad directs the public to an Internet page at www.StopSaudiEvil.org. Already at that Internet page, a new video we have created centering on domestic slaves held by Saudi diplomats on Virginia is already running. The video, titled Saudi Diplomats Use Slaves in Virginia has already been viewed by more than 1,500 people just at our Internet site. It has also been picked up and embedded by others. At one news service, CleanTV, it has been viewed more than 3,000 times.

Our first video on the arrests of the Ethiopian Christian guest workers has also had nearly 2,000 views at our Internet site and more than 5,500 at CleanTV. It has also been carried by several other conservative blogs under the title Obama Sees No Saudi Evil. As more people see the newspaper ads they will visit our Internet site and see and share these videos on the evils of Saudi Arabia. In the future, some ads will feature the funding of mega mosques in the United States by Saudi Arabia where anti-Semitism and hatred of Christians is taught.

These figures may not sound like much now, but these are a beginning. The number of people watching our videos so far are honest numbers of those who are interested, not just those who accidentally visit our site and see three seconds of the video and leave. The numbers above represent those who watched the entire video.

All the ads and the videos in some way direct people to contact their congressmen either by phone or by sending them a free fax. The ads have resulted in hundreds of faxed petitions being sent to congressmen on the Saudi torment of Ethiopian Christian guest workers. It is my prayer, and I hope it is your prayer as well, that this program will expand, educate hundreds of thousands of Americans, and change policy toward Saudi Arabia on Capitol Hill.

In the last Chairman’s Report I made this critical point: Sometime in the next 24 months the United States will reach the point of producing more oil than Saudi Arabia. The United States and Canada together produce so much oil that there is talk in Congress of lifting the ban on exporting oil. North America has the largest known energy reserves in the world, and that does not even include the vast oil fields off the coasts of California and Florida

We don’t need Saudi oil, and there is no need for us to be forced to accept their vile hatred of Christians, Jews and our Western way of life. Let the Muslim Saudi “royal” family peddle their oil elsewhere.

Obama’s FBI: Koran is “God’s revealed word” – Judicial Watch has discovered that the Obama run FBI is censoring and modifying hundreds of pages of materials on Islam to satisfy the desires of Muslim activists. The changes are being made by Obama’s Department of Justice in memos, training documents and other internal publications dealing with Muslims and Islam. Many times the intolerant stance of Islam is accepted as FBI policy.

According to Tom Fitton with Judicial Watch: “The FBI is rewriting history in order to help Al-Qaeda.  This shows that the law enforcement agency is in need of serious top-to-bottom reform.” Fitton continued: “The FBI’s purge of so-called ‘offensive’ material is political correctness run amok, and it puts the nation at risk. The Obama administration needs to stop putting the tender sensibilities of radical Islamists above the safety of the American people.”

One Muslim “expert” hired by the FBI insisted that a slide show dealing with the Koran be changed. He demanded that it state that, “The Koran is not the teachings of the prophet, but the revealed word of God.” It is now part of an FBI training manual that the Koran is God’s word! Meanwhile the Bible and anything to do with Christianity are being purged.

It has now been revealed that FBI Director Robert Mueller met with Muslim groups on February 8, 2012. During this meeting, he reportedly assured them that the FBI had ordered the removal of materials on Islam that were considered “offensive” to Muslim activist organizations. So far it has been discovered that the FBI has purged 876 pages of material plus another 392 presentations on Islamic radicalism!

Obama’s State Department wants “rights” of terrorists protected – The government of Nigeria is fighting the Islamist terrorist group known as Boko Haram (which means “Western Education Is a Sin.” The Boko Haram has killed thousands of Christians. Just in the last year churches have been bombed during services, sometimes killing hundreds of Christians at a time.

Nigerian warplanes have attacked Boko Haram training camps recently in a major effort against these vicious terrorists, and apparently President Barack Obama is upset with the way the Nigerian government is protecting its citizens from the Boko Haram.  In a recent visit to Nigeria, Secretary of State John Kerry condemned the Nigerian government for allegedly violating the “human rights” of these heartless butchers who murder women and children.

While the U.S. State Department is lamenting the “human rights” violations of these Boko Haram monsters, it remains strangely silent when Christians are slaughtered by Islamists all over the world. The persecution of Christians by Saudi Arabia, Pakistan, and other “allies” of the United States is ignored by the Obama White House. Senator McCain finds the “right” terrorists to back – The photo could not be more classic. A smiling Senator John McCain stands with Syrian “rebels” carrying AK-47’s, men whom he proclaims are the “right” rebels to give heavy arms to in Syria. There was one minor problem with the photo: two of the men pictured are wanted in Lebanon for kidnapping.

For a man who spent time as a prisoner of war in Vietnam, it is very odd how eager Senator John McCain seems to be for war. His only criticism of Barack Obama during the attempted overthrow of the government of Syria, was that Obama did not send Americans to fight. What a prize the USA got for helping overthrow the government of Libya! It is now a failed state run by jihadists who once fought against the United States in Afghanistan. McCain was on the cheering squad to overthrow the government of Egypt as well, which is now in the hands of the Muslim Brotherhood.

Now Senator McCain wants Obama to bomb Syria and give murderous jihadists heavy weapons to overthrow the government there.

Senator John McCain, by entering Syria and discussing with “rebels” the overthrow of the government of that nation, committed a felony under the Neutrality Act, Title 18, United States Code, which prohibits any citizen of the United States from planning or participating in any way with the overthrow of a sovereign state.

I would also point out the Senator McCain illegally entered Syria, but that deals with Syrian law, not the laws of the United States.

Kentucky Senator Rand Paul has broken ranks with McCain, and with others in the Senate who believe the United States is in the business of overthrowing secular governments in the Middle East and establishing Islamist regimes. During a speech at the Reagan Library in Simi Valley, California this month, Senator Paul criticized John McCain’s recent “secret” trip to Syria to meet with Syrian “rebels.”

Paul noted that there are two ironies in McCain’s support of Al-Qaeda and other foreign Jihadists fighting against the Assad regime, explaining that: “The first irony is you will be allied with Al Qaeda. The second irony is most of the Christians are on the other side, so you may be arming Islamic rebels who may well be killing Christians.”

In short, Paul correctly points out that American support for the “rebels” in Syria is actually support for Al Qaeda, which is slaughtering Christians and destroying churches in Syria as it seeks to overthrow Assad. This is the same Al Qaeda that declared war on America and Israel and is responsible for the horrific attack on New York City and Washington, D.C. on 9-11.

Oddly, neither McCain nor Obama want to overthrow the corrupt and evil government of Saudi Arabia from which 17 of the 19 hijackers on 9-11 came.

UK and Syria share jihadist pain – On May 22nd two Muslims, both born in London, beheaded a British soldier in broad daylight while screaming Allah Akbar. “We swear by Allah we will never stop fighting you” the Muslims hollered to horrified onlookers and waited for the police because they wanted to die in the glory of martyrdom for killing an infidel. When will the British wake up? The UK courts slam men into jail for criticism of Islam, and the result is one of Britain’s finest being hacked to death on a street by Muslims screaming “Allah Akbar.”

This is the reward of the United Kingdom for importing millions of Muslims into their nation while at the same time promoting homosexuality and abortion for native citizens. The number of white British people in London has fallen 620,000 – equivalent to the entire population of the city of Glasgow – since the year 2000. White Brits are now in a minority in London, making up just 45% of its residents and many of those in marginal areas are afraid to leave their homes at night for fear of Muslim gangs.

The terror of Islam has come again and again to the streets of UK cities, from bus bombings to kidnappings of British girls by Muslim pedophile gangs. Still the UK government continues to support the overthrow of secular governments in the Middle East such as that in Syria. Why? Simply put, a broken Britain is the puppet state of the Emir of Qatar and the King of Saudi Arabia when it comes to policy in the Middle East.

In Britain the governmental policy is simple – erase all vestiges of the Christian heritage that may offend Muslims, and grab as many petro-dollars as possible from Qatar and Saudi Arabia to keep the British welfare state running as long as possible. Eventually there will be a majority Muslim police force in London enforcing Sharia law. Nicole Lynn Mansfield was shot dead by Syrian government forces along with two other Westerners – reportedly both British – The 33-year-old is from Flint, Michigan and converted to Islam several years ago following marriage to an Arab

American and Brits killed in Syria – Michigan you have a problem! Many Michigan Muslims are currently doing jihad against the secular government of Syria and several of those have died. In the most recent case, a female convert to Islam from Michigan was killed with two British citizens as they were returning from a “mission” in Damascus to a “rebel” held area.

Nicole Lynn Mansfield was shot dead by Syrian government forces along with two other Westerners – reportedly both British. The 33-year-old woman from Flint, Michigan had converted to Islam several years ago following marriage to an Arab Muslim. Mansfield is the first female American Muslim terrorist to die in Syria doing jihad. London born Ali Almanasfi, age 22, was one of the two British killed.