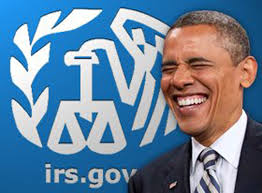 Our Web site continues to crash – Endurance International Group bought our hosting provider – Hostgator – in June of this year. They have attempted to move the millions of Internet sites Hostgator hosted to their Hostmonster faculty in Utah as a cost cutting measure and the results have been disastrous. Since the move the speed at which the Religious Freedom Coalition serves out has drastically decreased and there have been numerous outages including one on Friday August 2nd that had our site offline for more than five hours. We are currently looking for an alternative provider. In this issue: Clarity on Snowden and Russia / Obama Justice: Transgenders a protected class / Obama’s IRS still targets pro-life groups/ Congressmen question IRS targeting of pro-life Groups / August Recess / No tax dollars for jihadists / School textbook promotes Islam, ignores Christianity / CAIR says Muslims above U.S. law / Syria: WND.COM features my op-ed on Syria / Nigeria: More Christians killed / Kidnapping and forced conversion to Islam of pastor’s daughter. Saudi Arabia: Jail and lashes for blasphemy / More kidnapped Christian clergy

The Presidency
Clarity on Snowden and Russia – President Obama, along with Senate allies such as Senator John McCain, have lambasted Russia for refusing to extradite NSA leaker Edward Snowden so he can be arrested and tried for treason here. PROBLEM: The United States has never signed any extradition treaty with Russia because we want to “protect” any Russian “dissidents” who bring Russian secrets to the USA. We do NOT have an extradition treaty with China for the same reason. Bottom line: Obama and McCain want Russia to extradite Snowden and any other “leaker” back to the USA while retaining the right NOT to extradite anyone to Russia. More on extradition treaty with Russia
Obama Justice: Transgenders a protected class – A troubled young boy has what is known as a Gender Identity Disorder. This is a treatable mental condition, but Obama’s DOJ apparently thinks this is a fixed identity and one that warrants federal protection. Attorney General Holder thinks that “transgender discrimination” is sex discrimination under the 1964 Civil Rights law. He’s nuts. Read more Obama’s IRS still targets pro-life groups – The Internal Revenue Service (IRS) is still brazenly targeting pro-life groups even after the congressional investigations began on its practices of going after conservative groups in 2010, 2011, and 2012. Read more
Congress
Congressmen question IRS targeting of pro-life Groups – On July 30, Congressman Jim Jordan (R-OH) and Congressman Darryl Issa (R-CA) with the House Oversight And Government Reform Committee sent a stern letter to acting IRS Commissioner Daniel Werfel on his lack of cooperation in their IRS investigation. Read more
August Recess – At close of business today the Congress will adjourn for summer recess. The House will return on September 9th as per the schedule posted at the beginning of the year by Leader Cantor. Because Senate Leader Harry Reid is nuts, there is no telling when the Senate will reconvene and if they will do anything when they do reconvene.
No tax dollars for jihadists – The Religious Freedom Coalition has begun an online petition asking congressmen to speak out against any funding, military or otherwise, to jihadists anywhere in the world. The petition comes at a time the Obama Administration is furnishing help from the CIA, as well as cash and “humanitarian” aid, to jihadists fighting the secular government of Syria. Provide your name and zip code, and a copy of the petition will be faxed to your congressman free of charge. See petition here. Religion and Culture
School textbook promotes Islam, ignores Christianity – The Prentice World History textbook being used by 9th grade students in the Bevard Public Schools in Florida has a 36-page chapter on the glories of Islam, but none on Christianity or Judaism. The chapter on Islam also refers to Mohammed as the “Messenger of God.” Read more
CAIR says Muslims above U.S. law – Mustafa Carroll, the executive director of the Council on American Islamic Relations (CAIR) Dallas-Fort Worth branch, says that “If we are practicing Muslims, we are above the law of the land.” Read more
International
Syria: WND.COM features my op-ed on Syria – My latest op-ed at WND.COM highlights the continued attacks on Christians in Syria by the Obama supported Islamist “rebels.” A companion video showing the devastating bombings in the majority Christian town of Jarmana was also shown of the WND.COM site.
Nigeria: More Christians killed – As many as 45 people were killed when bomb blasts rocked churches and the surrounding Christian area of northern Nigeria’s largest city in the latest setback for government forces fighting the Islamic Boko Haram. Read more
Kidnapping and forced conversion to Islam of pastor’s daughter. Read more
Saudi Arabia: Jail and lashes for blasphemy – The United States Commission on International Religious Freedom wrote that it was deeply concerned that a Saudi website editor was sentenced to seven years in prison and 600 lashes on blasphemy and other charges that violate international human rights standards. Read more
Middle East: Kidnapped Clergy – At last the Western media can report on a kidnapped priest in Syria … WHY? … The outspoken liberty Catholic priest was an outspoken backer of the “opposition,” the same “opposition” that has kidnapped and killed Catholic, Orthodox and Evangelical clergymen. Huffington Post had nothing but praise for Rev. Paolo Dall’Oglio. What about the two Orthodox bishops missing for the last two months? Please use this free fax system to ask your congressman to speak out to free two kidnapped bishops.
More from the Religious Freedom Coalition
New Chairman’s Report – Now available, the July 25th, 2013 edition of the Chairman’s Report for the Religious Freedom Coalition. This edition includes: – First the Saturday people, then the Sunday people / Stealing organs from Falun Gong prisoners in China / RFC chairman William J. Murray’s address to crowd on Capitol Hill on July 18th / More RFC newspaper ads exposing the evils of Saudi Arabia / Some congressmen still stand for truth and freedom. Read it here
My Life Without God – William J. Murray’s first book, My Life Without God, is now back in print, as 2013 marks the 50th anniversary of his atheist mother’s lawsuit to remove prayer from the schools. Murray writes of his life in the dysfunctional home of infamous atheist/Marxist leader Madalyn Murray O’Hair. Learn more
Christian Bookstore and more – books, CD’s, DVD’s, cards and much more available at the Religious Freedom Coalition Internet Store. Please visit today!
Posted by William J. Murray at 11:21 AM No comments: