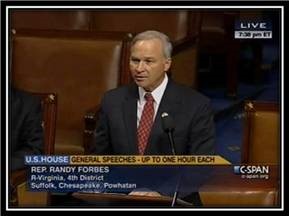 Constitution Day, September 17, marks the 226th anniversary of the signing of the United States Constitution. In honor of this remembrance, Members recognized our First Freedom. “Religious freedom is the very first thing named in the First Amendment,” said Congressman Forbes. “It is our First Freedom, and it is a fundamental human right. . . . [I]t is the hallmark of the American spirit of freedom.” Representatives Walberg, Lamborn, Wittman, Lankford, Fleming, Franks, Gohmert, Pearce, and Griffith addressed a broad range of religious liberty concerns. In addition, Representative Doug Collins submitted remarks for the Congressional Record