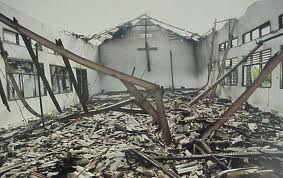 PRESIDENCY
THE PEACE PRIZE PRESIDENT – From the day he announced he would run for president, the media has depicted Barack Obama as a genius and the proof was his being a Harvard graduate who understands all things. (Of course, George W. Bush who was also a Harvard graduate was depicted as an idiot.) Obama received the Nobel Peace Prize after serving just a few months in office. Since receiving this humanitarian designation, he has fostered revolts in the Middle East that have caused thousands of deaths and allowed the slaughter of Christians and other religious minorities in Muslim nations without as much as a token protest of these human rights abuses. The failure of the Nobel Committee to recall Obama’s “peace prize” is proof that it is a political rather than humanitarian organization.
DONALD TRUMP, THE LEFT/RIGHT, UP/DOWN CANDIDATE – Billionaire real estate mogul Donald Trump this year gave a keynote speech at the Conservative Political Action Conference (CPAC) and has become the heartthrob of conservative media outlets by joining the “birther” movement. REALITY CHECK: Trump has no history as a conservative and has supported liberal Democrats and “moderate” or liberal Republicans in the past. He has given large sums of money to the campaigns of Rep. Charlie Rangel (D-NY); Sen. Chuck Schumer (D-NY); Sen. Kirsten Gillibrand (D-NY); Sen. Frank Lautenberg (D-NJ); Senate Majority Leader Harry Reid (D-NV); Sen. John Kerry (D-MA); former Senator Tom Daschle (D-SD); former Sen. Joe Biden (D-DE). Republicans he supported include turncoat Senator Arlen Specter and Governor Charlie Crist, who bailed out of the GOP rather than face Marco Rubio in a primary. Who is this guy?
YOU MUST WATCH THIS VIDEO – Obama’s Intel-chief says the Muslim Brotherhood is secular. Is it?

CONGRESSIONAL RESOLUTION ON KING JAMES BIBLE – In this year of the 400th anniversary of the publishing of the King James Bible, Congressman Robert Aderholt (R-AL) has introduced H. Con. Res. 38, which recognizes the contribution which the King James Version of the Bible has made to American law, language, history and culture. The Resolution notes that “the teachings of the Scriptures, particularly read from the King James Scriptures, have inspired concepts of civil government contained in our founding document, and subsequent laws.” The Resolution also notes that the King James Bible is the most printed and widely distributed work in history. President Andrew Jackson called it “the rock upon which our republic rests.” The Resolution ends with these words: “Resolved by the House of Representatives (the Senate concurring), That Congress expresses its gratitude for the influence it (the KJV) has bestowed upon the United States.” The Religious Freedom Coalition delivered a letter to Congressman Robert Aderholt, thanking him for introducing this Resolution.
SENATOR REID DROPS “UNDER GOD” FROM PLEDGE – In the Pledge of Allegiance the words “under God” appear in this context: “One nation, under God, indivisible, with liberty and justice for all”. When quoting the Pledge on the Senate floor Reid states, “one nation indivisible” and leaves out “under God.” This tendency to “forget” about God seems to be a systemic problem with this Administration. “In God We Trust” is the national motto, although President Obama has falsely stated in several speeches that the motto is “E Pluribus Unum”. He also regularly leaves the phrase “endowed by our Creator” out of the Declaration of Independence when quoting it. See at Youtube
WERE BUDGET CUTS REAL? – Various Tea Party elements have attacked the $38 billion reduction in the 2011 budget agreement not only as too small but actually a phoney cut, saying it is money that would not have been spent anyway. REALITY: Congress does not spend money, contrary to what most people believe. Congress only AUTHORIZES the expenditure of money by the Administration. Over a period of ten years the $38 billion in cuts actually reduced AUTHORIZATION to the Administration of $315 billion or one third of a trillion dollars. Forty programs were cut or eliminated; for example the high speed rail program that has caused such controversy (because it was planned for areas where it is not needed). It is not just cut for 2011, it is gone. There are NO future authorizations for it. Read Speaker Boehner’s explanation of the program cuts.

RELIGION AND CULTURE
NO SHARIA IN TEXAS? – Texas legislators are considering a ban on state courts using foreign religious or cultural laws. Sharia is not mentioned by name, but the intent is to stop the use of Islamic law. State Rep Berman, (R-Tyler) stated the goal “is to require a Texas court to uphold and apply only the laws ordained by the constitutions of (Texas and the United States), prohibiting any other interpretation.” He stated, “We all know what Shariah law does to women – women must wear burqas, women are subject to humiliation and into controlled marriages under Shariah law. We want to prevent it from ever happening in Texas.” Florida and other states are considering the ban as well after seeing the devastating effects of Sharia laws being enforced in the United Kingdom where Muslims, because of sharia, are allowed to have polygamous marriages.

NO 911 MOSQUE
HILLARY CELEBRATES THE MOSQUE AND ISLAM – The first ever U.S.-Islamic World Forum, a large black tie gala at the Andrew Mellon Auditorium, was held in Washington, DC on April 12, 2011, with Hillary Clinton giving the welcoming address. Hillary told the audience how glad she was for the “chance to celebrate the diverse achievements of Muslims around the world.” This is especially so since, as Hillary said, “Islam has always been a part of American history.” Well, that is a new rewriting of history that came in with the Obama administration. It would have been hard to find a mosque in all of America in the country’s early days, and our major interaction with Islamic nations was the thrashing of the Barbary pirates by U.S. Marines in their first foreign war. Read more

EGYPT: THREE MORE CHURCHES DESTROYED – In the last two weeks three attacks on churches were undertaken by Salafis, or Islamic Fundamentalists, in Egypt. The Salafis demanded churches move to locations outside communities and be forbidden from making repairs, “even if they are so dilapidated that the roofs will collapse over the heads of the congregation,” says Father Estephanos Shehata of Samalut Coptic Diocese.

The latest of these incidents took place in the village of Kamadeer, in Samalout, Minya province on April 5, which escalated to the point where it was feared the church would be torched and demolished, as was done in the case of St. George and St. Mina Church in the village of Soul, Atfif, on March 5th. Read more

CLEARED THEN MURDERED FOR BLASPHEMY – No, this is not a repeat of the story I wrote about in November, 2010. Mohamed Imran was wrongly accused of insulting Mohammed, a crime that is punished by death in Pakistan. Being proved innocent is normally as much of a death sentence as being found guilty. Every person ever found innocent and released has been murdered by Muslim vigilantes. Two gunmen burst into the shoe shop where Imran sat and shot him numerous times in front of his friends. Two high level politicians, Punjab governor Salman Taseer and minorities minister (and Christian) Shahbaz Bhatti, have been assassinated this year for criticism of Pakistan’s blasphemy laws. The United States will give $3 billion dollars of our tax money to Pakistan this year. Good report on CNN
ANOTHER CHRISTIAN CHARGED WITH BLASPHEMY – On April 5th, 2011, 40-year-old Christian Arif Masih from Faisalabad, Pakistan was arrested and accused of ripping the pages of the Holy Quran and writing a threatening letter to the Muslims. The complaint was lodged on the testimony of Shahid Yousaf, a neighbor he was having a property dispute with. If he is found guilty he will be executed. If he is found innocent, Muslim vigilantes will track him down and kill him. Arif is being aided by the Masihi Foundation which helps those being persecuted by blasphemy laws. The Foundation is also trying to help Asia Bibi, the Christian woman imprisoned in Pakistan for drinking from a cup reserved for Muslims (a blasphemous act). Asia has been imprisoned for months and is seriously ill. Read more