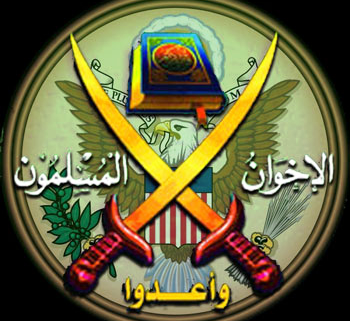 WHITE HOUSE APPLAUDS ISLAMIST TAKEOVER – Since the “Arab Spring” revolts against secular governments in the Middle East supported by President Barack Obama there have been two elections. The first one in Tunisia brought a previously outlawed Islamist party to power. Now Islamists have won 60% of the vote in Egypt’s first ballot round and the Obama Administration has this to say: “I congratulate the Egyptian people for a peaceful, successful start to their election process.” A White House spokesman was equally upbeat on the control of the Egyptian government going to Islamic religious parties. The lessons of the Taliban government in Afghanistan and the Islamist control in Iran have been forgotten.
MORE LIKE UK WITH 3,000 HONOR KILLINGS – The Obama Administration loves multiculturalism and this is why Nashville and Atlanta have been set up as hubs for the mass immigration of Muslim “refugees.” Obama sees a need to bust the Bible Belt. Obama sees the multicultural nature of Europe as an example for America. Here is an “example” of multiculturalism at work: There were nearly 3,000 honor killings by Muslims in the U.K. in 2010 and the killers are treated as heroes in their communities. Read more
THE TWENTY YEAR PLAN FOR AMERICA – Anis Shorrosh, author of ”Islam Revealed” and ”The True Furqan,” is a Christian Arab-American who emigrated from Arab-controlled Jerusalem in January 1967. His analysis of the Islamic twenty year plan for the United States should be read by every American. Read more
CONGRESS
ARMY HOSPITAL RESCINDS NO BIBLE POLICY -Walter Reed National Military Medical Center rescinded a policy that prohibited family members of the wounded from bringing Bibles or any religious reading materials to their loved ones. The decision was made one day after Congressman Steve King (R-IA) denounced the policy on the House floor and demanded President Obama change it at once. Read more
RELIGION AND CULTURE
NURSES FORCED TO ASSIST ABORTIONS – Twelve nurses at a New Jersey hospital have sued in Federal Court because they were forced to violate their religious convictions and assist in abortions. After a court order was issued to stop the practice the University of Medicine and Dentistry of New Jersey said it would hire additional staff to help perform abortions. The lawsuit was brought on behalf of the nurses by the Alliance Defense Fund.
A MOVIE THIS WEEKEND – The Heart of Christmas opens on Sunday, December 5th. This is a truly evangelical film based on a true story and is suitable for the whole family. Learn more.
MORE FROM THE RELIGIOUS FREEDOM COALITION
NEW CHAIRMAN’S REPORT– Now available, the Chairman’s Report for November 23, 2011. In this issue: The Constitution and Sharia Conference in Nashville was a great success despite cancellation by the host hotel. Details in this Chairman’s Report.
LEARN MORE ABOUT SHARIA LAW – One of the best locations on the Internet to learn about Islamic Sharia law and its effect on the West is www.shariafreeusa.org
INTERNATIONAL
MUSLIM CRIME IN NETHERLANDS – When an individual is not a part of the culture he has no problem committing crimes against that culture. Forty percent of Moroccan immigrants in the Netherlands between the ages of 12 and 24 have been arrested, fined, charged or otherwise accused of committing a crime during the past five years, according to a new report commissioned by the Dutch Ministry of Interior. Read more
MORE NUTTY SHARIA IN PAKISTAN – Pakistan’s Catholic Bishops and evangelicals are protesting a decision by the nation’s telecommunications authority to include “Jesus Christ” in a list of 160 words banned in text messages. This is the same nation in which numerous Christians rot in jail without trial accused of “blasphemy.” The United States gives Pakistan more than a billion dollars a year in aid.CHRISTIAN INTERNET STORE