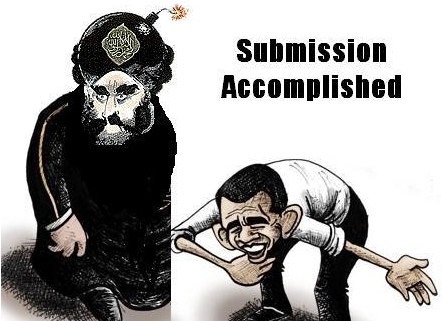 PRESIDENCY
OBAMA CALLS TERRORISTS “FOLKS” – When I saw the quote I didn’t believe it, and

I checked it twice! In one breath President Obama refers to “middle-class folks” in America and the next breath he describes terrorists as “folks.” This quote is from the President’s lips as he talks about the terrorists held at Gitmo: “Are there ways for us to make sure these folks have lawyers, to make sure that these folks have the opportunity to challenge their detention – but at the same time, making sure that we are not simply releasing folks who could do us grievous harm and have shown a capacity and willingness to engage in brutal attacks in the past.” Read more
THE CONGRESS
CONGRESS IN RECESS – The House and Senate are in recess and will not reconvene until January 5th, 2011. On that day more than 90 new congressmen and Senators will be sworn in, and John Boehner will be officially elected as the 52nd Speaker of the House.
CANTOR PROMISES STABILITY – Under House Speaker Nancy Pelosi it was risky for a congressman to buy an airline ticket home more than a few hours in advance. House calendars that were posted were ignored, and bills that no one had a chance to read were passed in the middle of the night. The new Majority Leader, Eric Cantor (R-VA) has promised to change all that. He has posted a House calendar for the year that promises fewer trips back and forth for congressmen and fewer work days, but with more working hours. He also has promised “dedicated committee time” so Members will not have to walk out of hearings to cast votes. Cantor explains his new system at his site.
CULTURE AND RELIGION
IS ELTON JOHN THE FATHER OR THE MOTHER? – Sixty-two year old homosexual singer Elton John received a gift on Christmas day in the form of a baby boy. The child, Zachary, was born to a woman who sold her soul for cash. He was sired by Elton John although John presents himself as the wife of David Furnish. US Magazine and most other news outlets carried the birth announcement as they would for any straight celebrity couple. Social conservative organizations and pastors have been quiet on the issue of homosexuals such as Elton John having children bred for their pleasure. In our sick society buying a child fries at McDonald’s is evil, while raising a child in a homosexual home is normal.
CPAC GOES GAY-ER – The Religious Freedom Coalition, of which I am chairman, discontinued sponsoring the Conservative Political Action Conference because of its acceptance of homosexual groups and its refusal to deal with the issue of Islamic terrorism. This year the Family Research Council and Concerned Women for America are also boycotting the CPAC event which has gone even more gay by allowing the homosexual group GO PROUD a “planning status.” CPAC became about bucks, and nothing but the bucks, years ago. Anyone with the cash to hand David Keene gets presence, and he has even rented booths to the ACLU. Most social conservatives no longer attend, having been too often offended by beer toting college students there for more of a good time than conservative thought.
NO 911 MOSQUE!

TAKING HIS SHOW ON THE ROAD – The slumlord imam and Ground Zero mosque promoter, Feisal Rauf, has decided to take his show on the road starting with the Muslim community in Detroit. He will then be paid huge fees by radical universities such as Harvard, Yale, Georgetown and the University of North Carolina to promote the Ground Zero mosque. To “protect him” the meetings are closed to all those who may disagree with him. Question: Why isn’t this done for Ann Coulter when she speaks at colleges?

DEADLY CHRISTMAS ATTACKS ON CHRISTIANS – At least 80 Christians were killed in attacks by Islamists on Christmas Eve in Nigeria. Churches there were holding Christmas Eve services when attacked by armed Muslim men. Muslims belonging to the Boko Haram sect attacked the churches simultaneously, including several which were bombed in Jos. In other places,such as at the Victory Baptist Church in Danjuma, Akawu, armed Muslims simply entered the church and murdered worshipers. Nigeria is divided, with the northern half impoverished by Islamic extremism while the Christian south is by African standards, well off.

OFFICIAL PERSECUTION IN EGYPT – About 130 Egyptian Christians, including children, will probably remain imprisoned on January 7th which is the day Christmas is celebrated in Egypt. This is two months after 2,000 members of the state security forces attacked their church building, killing several people. Police chanted Islamic war cries and tried to tear down the three story building that was under reconstruction. The object of the attack was to prevent the building from being used for Christmas services.

About 25 homes surrounding the church in the Christian area of Giza, a Cairo suburb, were burned to the ground by local police and one news agency reported that more than 20 people were blinded deliberately in one or both eyes. Although the St. Mary’s Church had a permit from the national government for renovation and additions, the governor of Giza, Sayyed Abdel-Aziz told a news agency that the permit had been “misused” by the Christians and the acts of the police were justified.
ASIA BIBI WILL BE MURDERED IF PARDONED – Asia Bibi faces the death penalty for “blasphemy” in Pakistan. She did not curse Mohammad; no, her crime was to say she could drink from the same water source as a Muslim woman, which is contrary to the Koran. Pakistan’s president said he would pardon her, but a judge has blocked the pardon. Now, an Islamic Party that was part of the government said it would pay any Muslim $6,000 to murder Bibi if she is actually released. Muslims associated with the Jamiat Ulema-e-Islam-Fazal ur Rehman (JUI-F) party began daily demonstrations calling for Bibi’s death on Christmas Eve.
NO JEWS ALLOWED – “We have frankly said, and always will say: If there is an independent Palestinian state with Jerusalem as its capital, we won’t agree to the presence of one Israeli in it.” That was the statement made by Mahmoud Abbas, the president of the Palestinian Authority on December 24th, 2010. Of course Muslims must have the freedom to live anywhere and build mosques anywhere, even at Ground Zero.