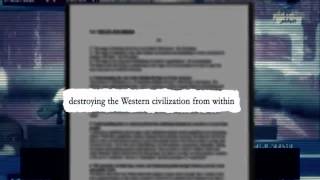 ISRAEL FACT FINDING MISSION – A once in a lifetime mission led by William J. Murray, William Federer and Frank Gaffney, all three experts on Israel and Islamic affairs. Not a standard “tour,” the mission includes visits to settlements and military bases plus evening panels. Read more
In this issue: Obama thanks Libya after U.S. Ambassador murdered / Obama encourages Islamic violence / Why Mr. President Why? / Obama and Hillary try to stifle Americans’ free speech / GING-PAC supported candidates speak at Values Voter Summit / Turmoil spreads in Middle East / Anti-American riots in 20 countries / Pray for Middle East Christians
THE PRESIDENCY
Why Mr. President Why – A great new one-minute commercial is now running, asking Barack Hussein Obama why he is inviting the Muslim Brotherhood to the White House. The commercial exposes the Muslim Brotherhood that Obama seems to so love.


Obama thanks Libya after ambassador murdered – Ambassador Christopher Stevens was kidnapped, raped and murdered by Muslims in Libya on the eleventh anniversary of the jihad attack at Ground Zero. Within 24 hours of the attacks on American diplomats in Libya, President Barack Hussein Obama called Libyan President Mohamed Yusuf al-Magariaf to thank him for his support. He then called the Muslim Brotherhood president of Egypt and told him that he “rejects efforts to denigrate Islam.” This is in line with the Obama Administration’s work with the Organization of Islamic States in the United Nations to enforce blasphemy laws worldwide.
Obama encourages Islamic violence – In my latest op-ed at WND.COM, I examine the root cause of the attacks on our embassies and the murder of Ambassador Stevens. The constant apologizing for American greatness and American freedom is a trademark of Barack Obama. His Administration’s appeasement in response to Islamic demands has caused even greater militancy among Islamic extremists and led to more violence. Read the op-ed
Obama / Clinton double standards – The Obama Administration has been working with the OIC to find acceptable ways to stifle speech offensive to Muslims, without going so far as outright censorship of Americans’ speech – at least not yet. Indeed, Secretary Clinton assured her OIC partners that she was perfectly on board with using “some old-fashioned techniques of peer pressure and shaming, so that people don’t feel that they have the support to do what we abhor.” Read more
CONGRESS
Values Voter Summit – Several conservative congressmen are speaking this weekend at the Values Voter Summit in Washington, DC. My political action committee participates in this event each year. Among the speakers were some congressmen my political action committee helped to elect including Michele Bachmann, Tim Huelskamp, Steve King, Jim Jordan and Majority Leader Eric Cantor plus GING-PAC supported Senator DeMint. Also present was VP candidate Paul Ryan. More on Values Voters.
INTERNATIONAL
Libya – U.S.Ambassador kidnapped, sodomized and murdered. US consulate overrun by Muslims and three others killed.
Egypt – U.S. embassy overrun as Egyptian police watch. Liberal ambassador did not allow Marines to have live ammunition in their weapons. Anti-U.S. riots continue.
Egypt – Egyptian president calls for punishment of Americans critical of Islam.
Yemen – U.S. Embassy attacked by Muslims chanting God is Great.
Tunisia – In the first “Arab Spring” nation Muslims chanting “we are all Osama” attack U.S. embassy and a Kentucky Fried Chicken franchise.
Israel – Muslims leaving the al-Aqsa Mosque after Friday prayers hurled stones at police officers and rioted near Jerusalem’s Damascus Gate.
Jordan – Riots are reported in “moderate Jordan.”
Twenty nations in all – Currently the “religion of peace” riots against American are ongoing in 20 Islamic dominated nations total.
MORE FROM THE RELIGIOUS FREEDOM COALITION
New Chairman’s Report – Chairman’s Report for September 14th, 2012 In the new issue issue: Booing God – a defining moment for the Democrat party / Barack Obama is no Franklin Roosevelt / Government Is Not God and should not try to be / Values Voters Summit / Salvation Army founder William Booth predicted the social chaos of today / Christless churches and godless government
Constitution or Sharia DVD – This is the complete set of DVD’s from the November 11, 2011 Constitution or Sharia conference in Nashville, Tennessee. The Constitution or Sharia: Preserving Freedom Conference was the first true national conference on Sharia and the Islamization of America sponsored by major freedom oriented organizations! It was not just another educational conference. How to deal with and stop implementation of Sharia law in the United states was outlined by speakers and in panels. Order today
BOOKS BY WILLIAM J. MURRAY
Now available at our online store. Books by William J. Murray