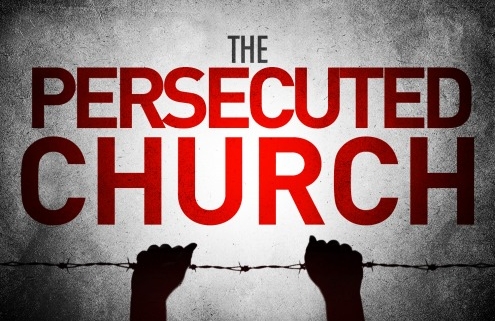 Nina Shea, Paul Marshall and Lela Gilbert introduced their their new book, Persecuted: The Global Assault on Christians at a public discussion on religious persecution at the Hudson Institute in Washington, DC on March 27th.  All three have authored previous books on the persecution of religious minorities and the worldwide decline in religious freedom over the last fifteen years.

During the discussion attended by over sixty leaders associated with church and rights groups, Nina Shea said, “Christians are the most persecuted group in the world.” She backed up that statement with statistics and statements from the Vatican, Open Doors, Newsweek, the Economist and the Pew Research Center.

Paul Marshal added that “There is a phenomena of growing persecution of Christians over the last 15 to 20 years that is largely ignored” in the United States. He noted that one of the greatest problems is a lack of awareness in the Christian communities within the nation. He stated that there is much less talk about the persecution of Christians in American churches today than there was fifteen years ago.

Lela Gilbert made the point that the Christian practice of “witnessing” or telling others the Good News of the Gospel has been redefined by the secular world as “proselytizing” and that the very word is now associated with something criminal. The punishment for “proselytizing” in some Islamic nations can be a death sentence. Paul Marshal noted that “The growth in persecution of Christians is in Muslim states,” particularly those that were at one time viewed as moderate, such as Indonesia.

In answering a question as to why the State Department does not involve itself actively in at the least speaking out about the persecution of Christians, Nina Shea responded that neither the Bush nor Obama Administrations wanted a world view of America as a Christian nation. Shea recalled talking to Secretary of State Rice about the horrid persecution of Christians in Iraq that caused three-fourths of them to flee the country after the U.S. invasion. Rice responded to her that the “U.S. will not get involved in religious issues.” That apparently holds true today at the State Department.

This week Secretary of State John Kerry referred to the arrest, conviction and torture of American Pastor Saeed Abedini in Iran without mentioning even once that he was a pastor, a Christian, or that his arrest had anything to do with his religion. He refuses to make any mention of an American pastor arrested in Libya for “proselytizing” earlier this year, as Libya is viewed as an “Arab Spring” ally by the United States.

Paul Marshall was asked by a member of the audience if the statement by Secretary Kerry and other Administration statements, or lack thereof, was driven by a fear of having more Christians persecuted in Islamic nations because they are American allies. Marshall replied that in reading Al-Qaeda and other Islamic terrorist literature it is “clear that Americans are hated because they are viewed as Christians by radical Islamists, not because Christians are viewed as Americans.” He was making the point that Islamists see everything in terms of religion and not in terms of poverty or social issues the way American leaders have been trained to think by the Muslim Brotherhood here in the United States.

Persecuted: The Global Assault on Christians written by the three panelists chronicles the persecution, and analyses patterns of repression, abuse and violence against Christians. The book explores the reasons that specific ideological, religious and political groups, as well as governments, target Christian believers and has many specific examples of the persecution of Christians all over the world besides the obvious villains in the Middle East, such as North Korea.

Oddly this week Candida Moss, a professor of New Testament and Early Christianity at the University of Notre Dame released The Myth of Persecution, a book claiming that there is no such thing as persecution of Christians. This comes as Easter nears and Christian churches in Islamic nations will face the threat of attacks and bombings.