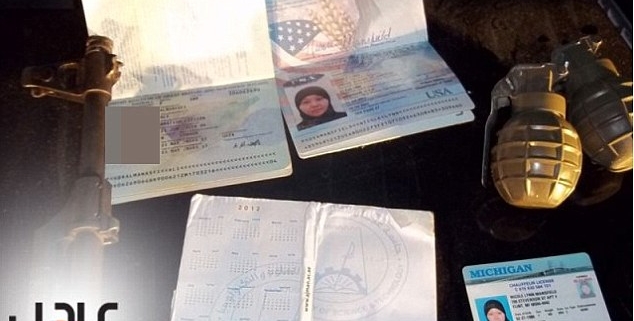 The Presidency
Obama to Nigeria: Don’t abuse terrorists – The Obama State Department is lamenting the “human rights” violations against the Boko Haram monsters in Nigeria who kill Christians on a daily basis and sometimes hundreds at a time during church services. Read more
Obama’s State Department refuses to recognize persecution of Christians – The U.S. State Department has just released its 2012 report on religious freedom around the globe – and refuses to designate key oppressive nations as “countries of particular concern.” Those nations are Egypt, Pakistan, Iraq, Nigeria, Vietnam, Tajikistan and Turkmenistan. Read more
Saudi Columnist: Obama weakest president ever – A Saudi newspaper columnist named Mashari Al-Zaydi has attacked Obama for being “short-sighted, confused and diffident” over his foreign policies. The columnist slams Obama for his policy failures in dealing with Syria – and says it shows Obama’s complete failure as a leader. And these are Obama’s friends! Read more
DOJ wants no “religion” in private companies – Obama’s lawyers were in court on May 22 to argue that his HHS abortion and contraceptive mandate on Christian-owned companies is perfectly legal because the government is concerned about a Christian employer establishing a religion or a religious framework within his company. Read more
Congress Senator McCain supports group calling for destruction of Israel – Senator John McCain (R-AZ) traveled to Syria illegally to visit with “rebels” seeking to overthrow the government of Syria. McCain met with leaders of the Free Syrian Army units run by Gen. Salem Idris – a man who has openly declared that Israel is his enemy and deserves to be destroyed. McCain wants to provide arms, supplies and apparently U.S. military assets to help these jihadists who have killed thousands of Christians in Syria. Read more Breaking news – Man pictured with McCain is called terrorist wanted for kidnapping in Lebanon.
No tax dollars for jihadists – The Religious Freedom Coalition has begun an online petition asking congressmen to speak out against any funding, military or otherwise, to jihadists anywhere in the world. The petition comes at a time the Obama Administration is furnishing help from the CIA, as well as cash and “humanitarian” aid, to jihadists fighting the secular government of Syria. Provide your name and zip code, and a copy of the petition will be faxed to your congressman free of charge. See petition here.
Religion and Culture
VATICAN: 100,000 Christians a year killed for their faith – The Vatican report states: “credible research has reached the shocking conclusion that an estimate of more than 100,000 Christians are violently killed because of some relation to their faith every year. Other Christians and other believers are subjected to forced displacement, to the destruction of their places of worship, to rape and to the abduction of their leaders.” Read more
International Documents and weapons of American female jihadist killed in Syria

Syria: American female jihadist killed in Syria – A 33-year-old Michigan woman who converted to Islam after marrying an Arab immigrant has been shot dead in Syria by government forces who claimed she was part of an Al-Qaeda influenced group. Read more
Syria: Kidnapped Bishops still held- The Syrian “opposition” supported by President Barack Obama claims that a doctor visited the two kidnapped Bishops and that they are in “good health.” The same official said he did not know where they were or who was holding them. Read more
Egypt: Kidnappings of Coptic Christian girls – A concerned Christian organization has registered about 500 cases with the Egyptian authorities of disappearance and abduction of Coptic girls since the “Arab spring” revolution that put the Muslim Brotherhood in control. Most are now in forced Muslim marriages including very young girls. Read more
Philippines: Seven Marines killed – During an operation to rescue civilians held by Muslim terrorists, including the wife of a Marine kidnapped from a hospital, seven Marines were killed and several more injured. Read more
UK: Afghanistan comes to London – The beheading on a busy London Street of a UK soldier by Muslim terrorists brings the reality of Muslim immigration to light. Yet police allow the Imams to preach hatred and violence while spending huge amounts of money suppressing any organization critical of Sharia law. Read more
More from the Religious Freedom Coalition
New Chairman’s Report – Now available, the May 23nd, 2013 edition of the Religious Freedom Coalition. This edition includes: Chairman Murray and other leaders pray at the Supreme Court / Saudi diplomats holding slaves in Virginia? / RFC Saudi newspaper ads roll out across the USA / New RFC video on Saudi abuses / “Christian Right” backs adulterer for Congress because he is Republican / More on kidnapped Bishops – READ MORE
My Life Without God – William J. Murray’s first book, My Life Without God, is now back in print, as 2013 marks the 30th anniversary of his atheist mother’s lawsuit to remove prayer from the schools. Murray writes of his life in the dysfunctional home of infamous atheist/Marxist leader Madalyn Murray O’Hair. Learn more