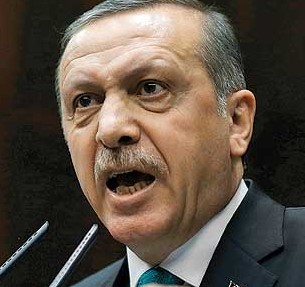 In this issue of the newsletter
New: There will be Christmas for Refugees in 2020
New: Advocacy … Sanctions stop aid delivery to Syrian Christians. Let’s change this!
New: Advocacy … President of Turkey goes full Islamist and must be stopped
Update: Nigerian orphanage near capacity and remains in the danger zone

There will be Christmas for Refugees in 2020

Preparations begin: During the hard realities and the confusion of the Covid-19 period we are in, life must go on. For example, sheltering in place does not work if those who farm and those who package and deliver the food are not allowed to work.

Life at all levels at some degree has to continue regardless of Covid-19 and the reactions to it. Our sacred days such as Easter and Christmas do not stop being sacred because of a virus. The coming of our Lord over 2,000 years ago is still a cause for celebration.

We have come a long way with Christmas for Refugees and cannot be stopped now.

For the last eight years, many thousands of Christian children displaced from their homes because of attacks by Sunni Muslim jihadists have had a real Christmas thanks to our Christmas for Refugees programs.

And also, for the second year, Christmas for Refugees programs were held to help Christian children in the birthplace of our Lord … Bethlehem!

In all, last year more than 10,000 children attended Christmas events where they were able to worship the Lord in song, listen to strong Gospel messages, and have fun with Gospel themed workbooks, coloring books and games.

Many of these children are from “traditional” Christian homes. They were born with Christian names, but their families may not have gone to church in years. It is important for us to reach these children after the challenges they have faced from Islamic State oppression.

The single most important part of the program is an invitation to trust the Lord as Savior, to say a Salvation prayer, something many of these children have never done.

The Christmas for Refugees program has become a tradition in several nations, showing the love of Christians here in America for the Christian children who have suffered so much under Islamic oppression.

We must plan as if every event will be held in every country we serve, regardless of the situations that may exist now.

Areas in which we hold the Christmas programs may or may not allow gatherings for the children. But we must prepare none the less for every single planned event.

What happens if some areas are locked down in December and events are not allowed? We will do what we can where we are allowed to by governments this year, and if some events have to be canceled the funds will be held over for the following year.

Syria and the Caesar Act: The Religious Freedom Coalition and other ministries can no longer furnish aid to Christians inside Syria. Oddly, it is not a problem for Muslim nations to supply aid to the “rebels” who still hold about 15% of Syria with the help of Turkish and American troops.

Our ministry was assisting Christians in Lebanon whose villages were overrun by the Islamic State and other jihadist organizations. Besides our Christmas program, other aid was ongoing or planned. That ended in January because we could no longer get money into Syria to buy anything. The reason for the stoppage of aid was new sanctions passed by our Congress.

The Caesar Syria Civilian Protection Act of 2019 was signed into law by President Trump on December 30th, 2019. The law stops all financial dealings with Syria. While it states it is to protect civilians, these sanctions actually hurt civilians.

They are the same type of sanctions that have been used against Cuba for 60 years. These types of sanctions have always had the same purpose; that is, to cause such misery for the people that they will rise up against their oppressors. One problem: This has NEVER worked.

As witnessed in Cuba for 60 years, and currently with Venezuela and Iran, the rulers use our sanctions as an excuse as to why the economies are so bad. The vast majority of the people in those nations believe it is America’s fault they are poor and that it is not the fault of their leaders.

There are always “humanitarian exceptions” written into the sanction laws such as the Caesar Act, but banks and companies are still afraid to do business with anyone dealing in a sanctioned nation in any way.

Banks could literally be fined millions of dollars or be barred from ever handling U.S. dollars again. No bank wants to take that chance anywhere in the world.

Example: Our State Department said sanctions were loosened against Iran to allow it to buy medications to fight against Covid-19. However, restrictions placed on banking rendered it impossible for Iran to make payments to other countries in exchange for medical supplies. Iran had to rely on supplies from China rather than to pay for European supplies with dollars.

In July, I joined with Yvette Isaac of Roads to Success in a presentation to a State Department meeting, explaining how Christians in Syria are negatively affected by sanctions.

Roads to Success does not buy supplies in-country as we do. Yvette Isaac’s organization was shipping donated materials to Christians in Syria, until the new Caesar sanctions took effect.

It might be thought that although the Religious Freedom Coalition could no longer buy goods in Syria — that Roads to Success would be able to ship donated materials. But that is not the case. Shipping companies are afraid to take U.S. dollars to ship material to Syria, and in fact have stopped shipments of any kind to Syria including for humanitarian purposes.

We presented the argument that although humanitarian aid was allowed under the Caesar Act, banks and shipping companies that handle U.S. dollars in any way refuse to have any connection to Syria, even to ship donated goods there. Our request was for the State Department to give humanitarian organizations and the companies dealing with them clear guidelines for delivering aid to Syrian Christians.

The end of secularism in Turkey: NATO ally Turkey, under nearly two decades of leadership by Recep Tayyip Erdoğan, has descended from a democratic secular nation to an autocratic, Islamist, terror-enabling quasidictatorship. Tens of thousands who disagree with Erdoğan are in prison now, and laws have been passed making it a crime to criticize him.

Erdogan’s army is now in Iraq, Syria and Libya. In Syria he supports and supplies organizations that are on terrorist lists in America and Europe. To assist his army in Libya, he transferred thousands of jihadists from Syria to fight there.

On July 10th President Erdoğan gave a speech in Arabic, in which he announced that the Hagia Sophia would be converted from a museum to a mosque. In the speech he said, “With this court ruling, and with the measures we took in line with the decision, Hagia Sophia became a mosque again, after 86 years, in the way Fatih the conqueror of Istanbul had wanted it to be.” {He was referring to the monster Fatih who captured the Christian city of Constantinople in 1453 and enslaved practically all the Christian inhabitants. )

The Hagia Sophia (Arabic) or Sancta Sophia (Latin), was also called the Church of the Holy Wisdom, or Church of the Divine Wisdom. It is a cathedral built at Constantinople (now Istanbul) between 532–537 under the direction of the Byzantine emperor Justinian I. It is a United Nations World Heritage site.

Western powers, including the United States, aided this madman’s rise to power. They should have known what he was and what he would do when he said in 1996, “Democracy is like a train: when you reach your destination, you get off.” That is exactly what Adolf Hitler did in Germany. Hitler rode the democracy train to power and then stopped the train.

Recep Erdoğan is stopping the democracy train in Turkey, and there will be further repression of Christians there.

Erdoğan is making Turkey more dangerous to Western interests as each day passes. Erdoğan’s army has NATO weapons and all of NATO’s codes. His actions in Libya are now threatening war with Egypt. In his latest adventure this year he is sending oil drilling ships into Greek territorial waters to drill for oil, threatening war with that NATO nation.

In July, as a part of our continuing advocacy work, I signed a group letter with other organizations, calling for the United States to condemn the conversion of the Sancta Sophia to a mosque by the Islamist president of Turkey.

No mission trip this year: The last week of July, I received an email from Delta Airlines, informing me that the flights I had re-booked from March had been cancelled as well. I was not surprised, as the airport in Abuja, Nigeria was still closed and there was no opening date scheduled. Abuja, the capitol of Nigeria, is the closest international airport to our orphanage.

The situation in Nigeria for Christians continues to deteriorate under the Sunni Muslim president, Muhammadu Buhari. Mass murders of Christians and abductions of Christian girls continue.

As yet the Christian orphanage we support has not had to turn away any children who were made orphans when their parents were murdered, but the orphanage is really at capacity now. If the food aid we are supplying at a cost of $3,500 a month has to be stretched further, the children’s diets will again be inadequate. The purpose we are achieving will be defeated.

Horror in Lebanon
Scroll to top