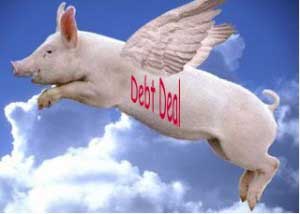 EGYPT MOVES FURTHER TOWARD ISLAMIC REPUBLIC – After “prayers” last Friday, Tahrir Square in Cairo was full of tens of thousands of people, mainly Islamists, who called for the implementation of Islamic law in Egypt. Meanwhile just days later on August 1st, Egyptian army tanks entered Tahrir on the first day of Ramadan and evicted the last of the “liberal” protesters who were for the most part secularists. Shop keepers and locals cheered as those who had wanted a broad based democracy were either arrested or pushed out of the main square. Arab spring or Islamic fall?
VISIT OUR INTERNET STORE – Our Internet store has more than books and CD’s. There is everything from candy to jewelry and all of it has a Christian theme. Unlike Amazon and other major Internet stores, we do not sell porn and satanic materials right beside Christian books. Ours is a real Christian store with tens of thousands of items. Please take a look. The store is located at www.rfcstore.com