In this issue: Mitt Romney avoids social issues / Ads tell truth about Obama / The Todd Akin saga / Karl Rove’s murder “joke” aimed at Todd Akin / Congressmen defend statue of Jesus / School district can’t kick out Christian club / Foot notes in Army report reveal truth about killings / Ramadan rampage / Pakistani Christian girl faces death for blasphemy / German Jews warned against yarmulkes / Crucifixions in Yemen
THE PRESIDENCY
Mitt Romney avoids social issues – The Republican convention is over and the race between Obama’s vision and Romney’s vision for the American economy is all we are supposed to look at. There is much more to consider. Along with the Obama entitlement state comes same-sex marriage, abortion on demand, and control of the church pulpit by the government. Unfortunately the Romney camp doesn’t seem concerned with these issues. They should be, since many voters who vote Republican do so for other than economic reasons.
Ads tell truth about Obama – The Religious Freedom Coalition has been conducting an aggressive campaign to stop the war on religious freedom being waged by the Obama Administration. During this critical year of decision the Religious Freedom Coalition will run advertisements in key newspapers asking Congress to curtail Barack Obama’s secularist agenda of radically changing our nation. Learn more today
CONGRESS
Both Houses in recess – The House will reconvene on Monday, September 10th, with the first vote occurring after 6:30 PM. Although the media would like to portray any recess as a “vacation,” that is far from the truth. Most congressmen work six days a week in their district offices, meeting with constituents. Each congressman has more than a quarter of a million people in his or her district, many of whom demand direct contact which they can’t get when the congressman is in Washington, DC. The Todd Akin saga – According to the leftist media and Republican political strategist Karl Rove, the candidacy of Congressman Todd Akin for Senate is an insult to the entire nation. Todd Akin, according to the radical left and the Republican establishment, is either an idiot or a women hater. What is the real problem with Todd Akin? It’s that he believes life begins at conception. By siding with the far left to destroy Todd Akin, the Republican Establishment could be tossing out victory this fall. Read more here
It gets worse: Karl Rove actually joked about murdering Todd Akin. As chairman of GING-PAC I demanded Rove apologize. Full story here.
Congressmen defend Jesus statue – Eighteen members of the House of Representatives signed an amicus curiae brief filed by the American Center for Law and Justice (ACLJ) urging a federal court to dismiss a lawsuit filed by the Freedom from Religion Foundation against a World War II memorial statue of Jesus in Montana’s Flathead National Forest. Read more
RELIGION AND CULTURE

School district can’t kick out Christian club – A federal appeals court ruled today that the Minneapolis Special School District No. 1 engaged in viewpoint discrimination when it removed Child Evangelism Fellowship (CEF) from the after-school program. “When the government targets a particular viewpoint taken by speakers on a general subject, the First Amendment is violated,” said a representative of Liberty Counsel which represented CEF in this case. Read more Foot notes in Army report reveal truth about killings The foot notes in a report from last May by the US Army that is now declassified, exposed the truth about the killings of U.S troops by Afghan soldiers and police. The cause, despite the public claims otherwise, is Islam. The report itself white washes the facts, but the footnotes they forgot to erase tell the truth. Read more.
INTERNATIONAL
Ramadan Rampage – The month of Ramadan proved to be a month of renewed Muslim piety on the one hand, and renewed oppression of non-Muslim minorities on the other. In Nigeria, for example, Islamic militants are living up to the assertion that “Ramadan is a month of jihad and death for Allah,” proving that killing Christians is not only reserved for Christian holidays-like Christmas and Easter, when militants bombed churches killing dozens-but is especially applicable during Islam’s Ramadan. Read more
Pakistan: 14-year-old Christian girl faces death – A Christian girl with Down’s Syndrome has been arrested on blasphemy charges in Pakistan, accused of burning pages inscribed with verses from the Koran. Under Pakistan’s insane blasphemy laws, she faces death. Pakistan receives billions of dollars of American aid each year. Read more
Germany: Jews warned against Yarmulkes – After an attack on a rabbi in Berlin by Muslim youth, the head of the Berlin Jewish community said he would “not recommend that any Jew go around in parts of Berlin with a kipah.” In other words, don’t look Jewish. Read more
Yemen: Al Qaeda crucifies man accused as spy – Saleh Ahmed Saleh Al-Jamely who was executed by crucifixion on February 12, 2012 after being convicted by a court managed by Al-Qaeda-affiliated Ansar Al-Shari’a. he was accused of spying for the United States. (Warning: Graphic photo at this link) Read more
MORE FROM THE RELIGIOUS FREEDOM COALITION
New Chairman’s Report –Now available, the August 24th, 2012 edition of William J. Murray’s Chairman’s’ Report. In this issue:Religious Freedom’s Coalition newspaper ad exposing the radical anti religious liberty agenda of Barack Obama has now appeared in over forty newspapers. Meanwhile the Mitt Romney campaign is not doing much to endear itself to the social conservative movement. And on the Hill Republicans were attacking each other just before their convention. Find it here
Constitution or Sharia DVD – This is the complete set of DVD’s from the November 11, 2011 Constitution or Sharia conference in Nashville, Tennessee. The Constitution or Sharia: Preserving Freedom Conference was the first true national conference on Sharia and the Islamization of America sponsored by major freedom oriented organizations! It was not just another educational conference. How do deal with and stop implementation of Sharia law in the United states was outlined by speakers panels. Order today
Books by William J. Murray
https://religiousfreedomcoalition.org/wp-content/uploads/2020/03/RFCFinal.jpg 0 0 Air Spark https://religiousfreedomcoalition.org/wp-content/uploads/2020/03/RFCFinal.jpg Air Spark2012-08-31 17:37:542012-08-31 17:37:54Report From Washington - August 31, 2012 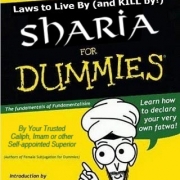