In this issue: Obama demands more power than any American president has ever had / Paul loves Obama for robbing Peter / White House submission to international blasphemy laws / America can’t survive the cures coming out of Congress / One bright spot in actions of Congressional Prayer Caucus / New Chairman’s Report by William J Murray /Did Franklin Roosevelt describe the Egypt of today? / A world of jihad – an attack every five hours / Al Jazeera owner sends man to life in jail for criticizing him

Obama demands more power – Barack Obama is demanding that Congress permanently give up its authority over raising the debt ceiling. He is demanding as a part of “negotiating” with the Congress, that a law be passed to allow him to increase the debt ceiling of the government at any time he deems it necessary. Giving this power to Obama will be “crossing the Rubicon” and there will be no return to congressional control of the Presidency. When Obama robs Peter to pay Paul, he can always count on the vote of Paul – This statement was obviously proven in the election of Barack Obama, who spent four years expanding the ranks of dependency by using every avenue of government possible, from food stamps to mortgage reductions. Read more
Official submission to Islam – Round three of the “Istanbul Process” opens today, December 3, and runs through Wednesday, at Canada House, in London, hosted by the U.K. and Canada. The Istanbul Process is Secretary of State Hillary Clinton’s major transnational law initiative, undertaken in partnership with the Organization of Islamic Cooperation (OIC). It was established last year to “implement” measures against speech and expression that negatively “stereotype[s]” Islam and Muslims, with a particular emphasis on enacting them in the West. Read more

Congress
America can’t survive the cure – For years I have referred to the Democrats as the Tax and Spend Party and the Republicans as the Borrow and Spend Party. It seems that they are now merging into the Tax and Borrow to Spend Party. All solutions coming from Washington are a disaster for the future generations of this nation. Cutting federal spending enough to eliminate the debt means massive job loss and a depression. Raising taxes to cover the huge spending deficits means massive job loss and recession. Continuing to borrow trillions of dollars each year means inflation that will eventually destroy the wealth of the nation causing massive job loss and recession.
Congress at a stand still – The debt crisis and the “fiscal cliff” have brought the Congress to a stand still. Virtually no action is being taken on important issues such as the deterioration of American power. Egypt having sentenced American citizens to die for blasphemy is being ignored, as is the continued threat to our ally Israel.
Prayer Caucus year in review – One of the few bright spots on Capitol Hill is the Prayer Caucus headed by Congressman Randy Forbes (R-VA). During 2012 the Prayer Caucus opposed the removal of a reference to “God” from an Air Force logo; voted to add the D-day Prayer to the World War II Memorial; opposed efforts to remove a memorial cross honoring military veterans, and much more. Read the full review of the Prayer Caucus work in 2012 here.

International
An explanation of Egypt today – Franklin Roosevelt summed up the situation in Egypt as it was during his time — and as it is today: “The real strength of the Nationalist movement in Egypt lay not with these Levantines of the café but with the mass of practically unchanged bigoted Moslems to whom the movement meant driving out the foreigner, plundering and slaying the local Christian, and a return to all the violence and corruption which festered under the old-style Moslem rule, whether Asiatic or African.” Read more
A world of jihad – A little less than every five hours, somewhere around the world a Muslim is carrying out a fatal jihadist attack. These are not the regular beatings and vandalism against Christians, Hindus and Buddhists but religion-oriented attacks in which someone dies at the hand of a member of the”religion of peace.” Read more
Life in prison for this? – The tyrannical owner of the Muslim media outlet Al Jazeera is Sheikh Hamad bin Khalifa al-Thani, the Emir of Qatar. Al Jazeera claims it is open to free expression, so free it has shown US soldiers being killed by IEDs. Yet the Emir had a young man in Qatar sentenced to life in prison for criticizing him in a poem. Read more. Demand that your cable provider remove Al Jazeera!
Turkey: Government war on freedom of press – The government of Prime Minister Erdogan has waged one of the world’s biggest crackdowns on press freedom in recent history. Authorities have imprisoned journalists on a mass scale on terrorism or anti-state charges, launched thousands of other criminal prosecutions on charges such as denigrating Turkishness. Read more

More From the Religious Freedom Coalition
New Chairman’s Report – Now available, the December 6th, 2012 edition of William J. Murray’s Chairman’s’ Report. In this issue: A politician who robs Peter to pay Paul can always count on the vote of Paul. The new central planning machine in Washington will run over the GOP / Obama has a vision of an American utopia not of equal opportunity, but of centrally planned equal outcomes / Jihadists target Christians in Syria / Saudi Arabia financing war on Syria / Obama’s lesbian wedding at West Point / Benjamin Franklin: “When the people find that they can vote themselves money that will herald the end of the republic.”
Constitution or Sharia DVD – This is the complete set of DVD’s from the November 11, 2011 Constitution or Sharia conference in Nashville, Tennessee. The Constitution or Sharia: Preserving Freedom Conference was the first true national conference on Sharia and the Islamization of America sponsored by major freedom oriented organizations! It was not just another educational conference. How to deal with and stop implementation of Sharia law in the United states was outlined by speakers and in panels. Order today
$ 400 OFF PER COUPLE ON ISRAEL FACT FINDING TOUR – A once in a lifetime mission led by William J. Murray, William Federer and Frank Gaffney, all three experts on Israel and Islamic affairs. Not a standard “tour,” the mission includes visits to settlements and military bases plus evening panels. Limited time for $400 discount! Read more 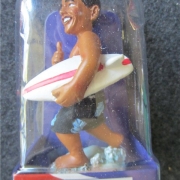