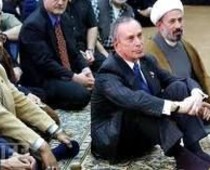 NEW DECEMBER 2nd CHAIRMAN’S REPORT – The December 2nd edition of my Chairman’s Report for the Religious Freedom Coalition contains new information on the Ground Zero promoters’ demand for tax dollars and the continued persecution of Christians in the Middle East. NEW: You can now make comments at our new site!

VIRGINIA ONE, OBAMA ZERO – The Commonwealth of Virginia has defeated Obama Care in a Federal Court. State Attorney General Kenneth T. Cuccinelli proved his case that forcing Virginians to purchase a product against their will was unconstitutional. A similar case with additional constitutional questions brought by twenty other states attorneys general is now being held before a federal court in Florida. Without mandated insurance coverage the entire Obama Care system fails.

DEMS GO DOWN IN FLAMES – Senator Reid and President Obama had a secret plan to increase spending despite an agreement with Republican leaders. At the last minute before the government had to shut down, an Omnibus Bill was to be added to the agreement spending hundreds of billions of dollars. Even earmarks for Republicans were added. Under the plan Republicans would fold, and the spending would be bragged about by Senator Reid and President Obama and victory would be theirs. EXCEPT: Under pressure from voters Republicans did not fold and refused to vote for the billions of dollars in pork added by Senator Reid. This may be a watershed event in the Congress that could lead to reduced spending. We can only hope.
CUTTING SPENDING IS THE ONLY HOPE – My job as chairman of the Religious Freedom Coalition takes me to Capitol Hill almost daily where I am exposed to both heroes and scoundrels, crucial legislation and minutia. I have a simple observation; Our government cannot continue to borrow 40 cents of every dollar it spends without going broke sooner rather than later. The spending is so out of control that no amount of additional taxes can balance the budget. There is only one answer, spending must be cut. Americans agree with me, as long as it is not their benefits that are cut. That has to end, we are all going to have to give up something to save the nation.
HELP IS ON THE WAY – In January dozens of new faces will come to Capitol Hill and most of them are real conservatives. Among them are men such as Col Alan West who I supported for two runs for the House. Two years ago he lost, this time he won. The incumbent he ran against criticized him for his statements on Islam. I applaud Col. West for telling the truth about Islam, a truth he is bringing o Washington, DC. Viewing his one minute clip on Islamic attacks is a must for all Christians. See at Youtube!

JUSTICE SUES SCHOOL: GIVE MUSLIMS SPECIAL RIGHTS – The Justice Department sued a Chicago-area school district because it would not give a Muslim teacher three weeks off to go on a religious pilgrimage to Mecca in 2008. (NOTE: The teacher was hired in 2007.) Safoorah Khan’s request for three weeks off during the school year to make the hajj was “not related to her professional duties,” and as a result should have been allowed says the Justice Department. Would the Justice Department have filed the lawsuit on behalf of a Christian desiring a pilgrimage to the Garden Tomb? Of course not.

CHRISTIAN ORNAMENTS FOR CHRISTMAS? What a novel idea … An entire Christmas store focused on Christ instead of on “Black Friday.” Our Christian Internet store carries tens of thousands of items including foods, books, CDs, DVD’s, and much more. Please visit our Christmas store!

Mayor Bloomberg sits on a prayer rug with his buddies

IMAM RAUF – A TIME MAGAZINE MAN? – Time Magazine listed Imam Faisal Rauf as one of its candidates for “Person of the Year.” In the short bio at Time Magazine it is not mentioned that Rauf is a slum landlord who has had buildings taken over by courts for the protection of the tenets. Time says that all of the opponents of a Ground Zero mosque are from the “right,” which of course, is a flat out lie. It appears that truth does not matter much to at Time any longer.
NO 911 MOSQUE – Visit the RFC site dedicated to the Ground Zero mosque controversy at www.no911mosque.org

PAKISTANI PASTOR SET ON FIRE – Each year the United States gives billions of dollars to Pakistan. Has this money caused positive change in Pakistan? On November 22nd Pastor Wilson Augustine was attacked by six Muslims who accused him of evangelism. After beating him and dragging him in the street they poured fuel on him and set him on fire leaving him for dead. It was a miracle that he was found by Christians and taken to a hospital. A month later he is still recovering. A police report was filed, but the the leader of the gang is the son of a wealthy Muslim land owner and as a result no action was taken.
USCIRF: PROTECT IRAQI CHRISTIANS – Just prior to the December 15th meeting of the UN Security Council on Iraq, the U.S. Commission on International Religious Freedom (USCIRF) urged the U.S. government to address the grave situation facing Iraqi Christians. In a clear appeal the USCIRF requested the UN and the Iraqi government to “provide protection.” The USCRIF news release noted that “The smallest Iraqi religious groups-including ChaldoAssyrian, Syriac, and other Christians; Sabean Mandaeans; and Yazidis-face targeted violence, including murders and attacks on their places of worship and religious leaders, intimidation, and forced displacement; they also experience discrimination, marginalization, and neglect. As a result, these ancient communities’ very existence in the country is now threatened.”
SUICIDE BOMBING IN SWEDEN – Sweden has long swung open its doors to Muslim immigrants and accepted more Iraqi refugees after Saddam Hussein’s fall than any other Western nation. A full 5% of Sweden’s population is now Muslim. Sweden’s reward? Am Islamic suicide bomber in the heart of Stockholm injuring several but fortunately only killing the bomber. The bomber’s main complaint seemed to be a Swedish cartoonist putting the head of Mohammad on a dog. Reality: The Muslim population has reached the point that violence can now be used to intimidate as is frequently done in the UK. 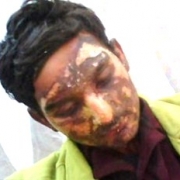